The Noughties; Diana: The Truth Behind the Interview; Henry VIII; Billions

“This seemed like a charming excuse for some pop culture. No such luck” 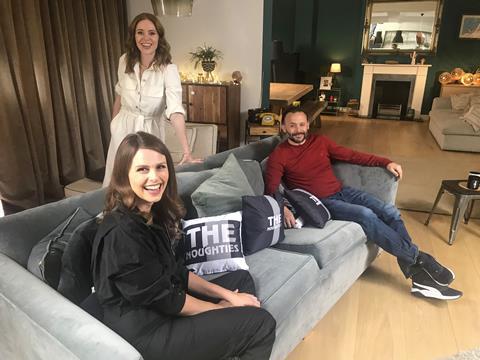 “If you were there at the time, being nostalgic for an era that feels as if it were five minutes ago is ageing enough without having to endure comedians telling you that they, too, had terrible hair 20 years ago. But if you are too young to remember Coyote Ugly, or EastEnders’ Sid Owen on Top of the Pops, then you can see what you missed, which, given the titbits on display here, hardly amounts to much. Still, people being scared of the millennium bug was funny, wasn’t it?”
Rebecca Nicholson, The Guardian

“This seemed like a charming excuse for some pop culture. No such luck. Within a couple of minutes, it felt like being trapped at an awkward social gathering. Partly, it was the studio set: a fake living room with a painted backdrop of French windows and fireplace, supposed to make the cramped space appear bigger. The comics perched uncomfortably at opposite ends of a sofa, the regulatory two metres apart, with cushions piled between them. They looked like divorcees who loathed each other. Angela sat on the other side of the room, clutching a sheaf of questions, like their therapist.”
Christopher Stevens, Daily Mail

“Enjoyable knockabout stuff as [Angela] Scanlon and [Ellie] Taylor sat with the comedian Geoff Norcott discussing forgotten quirks from the year 2000. God, it felt like simpler times. Remember when a Y2K bug was all we had to worry about?
Carol Midgley, The Times

“Nostalgia shows on television are popular. Podcasts in which comedians and presenters chat amiably are also popular. The Noughties (BBC Two) makes an ill-advised attempt to mash up the two.”
Anita Singh, The Telegraph

Diana: The Truth Behind the Interview, Channel 4

Documentaries about Diana, Princess of Wales usually follow a gruesome, predictable path. Details of her life and death are rehashed while talking heads disgorge tattle heard a thousand times before. Diana: The Truth Behind the Interview was different. It was the first time in what feels like years that I have watched a “Di doc” and learnt something.
Carol Midgley, The Times

For anyone who enjoys clear historical accounts, it was an interesting hour but hardly exceptional.
Christopher Stevens, Daily Mail

“Some dramas demand only a modicum of concentration. Not Billions (Sky Atlantic). Take your eyes off the screen or tune out of the dialogue for five seconds and you’ve missed a vital detail.”
Anita Singh, Telegraph