“The plot unfolds at a steady, confident pace, with the director as surefooted as her writer, parcelling out twists and treats and fine performances as it goes” 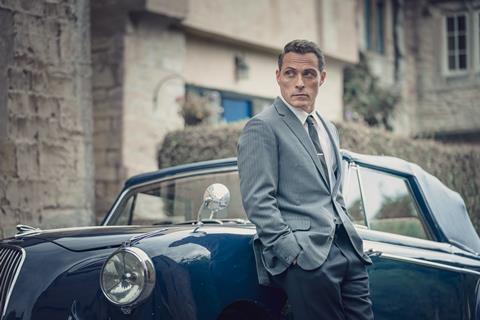 “No one could accuse Sarah Phelps of sluggish storytelling. Within the first ten minutes of The Pale Horse we had not one, not two, but three dead women. Phelps excels at displaying the cankered truth beneath privileged, polite society. It helps that it is such a handsome production full of handsome women in handsome clothing and a handsome lead.”
Carol Midgley, The Times

“Phelps has dismembered, augmented and reassembled the plot in her usual manner, which will upset Christie purists in their usual manner. But fans of either or both writers should understand that change is not the same as abandonment. The plot unfolds at a steady, confident pace, with the director, Leonora Lonsdale, as surefooted as her writer, parcelling out twists and treats and fine performances as it goes.”
Lucy Mangan, The Guardian

“The Pale Horse is her fifth Christie adaptation for the BBC and most of it had only a passing acquaintance with the source material. But the Christie estate don’t mind and neither should we, because this was a stylish thriller in its own right. The unsettling atmosphere carried more than a whiff of Rosemary’s Baby and The Wicker Man.”
Anita Singh, The Telegraph

“If you’re suffering withdrawal symptoms after the impressive finale to The Trial of Christine Keeler, BBC1 has dished up another helping of posh philanderers, doomed showgirls and Swinging Sixties period detail – with an added pinch of the sinister and possibly supernatural.”
Jeff Robson, The i

“The opening minutes of Endeavour were confusing. Why had the familiar detective drama gone all James Bond? The performances and characterisation are Endeavour’s strongest points. The plotting is its weakest.”
Anita Singh, The Telegraph

“There’s a mood of change in Endeavour. Fred Thursday was jaded, slapdash and didn’t know how many more murders he had left in him, so he bought a pair of budgies to cheer himself up. By contrast, Morse was growing in confidence so much that he met a beautiful woman at the opera in Venice and five minutes later she was feeling the benefit of his magic flute.”
Carol Midgley, The Times

“The testy detective returned for a new series of Endeavour, easily the best period crime drama on telly and at its confident peak here.”
Christopher Stevens, Daily Mail

“It is rare that I laugh at a programme, but I belly-laughed throughout Frankie Boyle’s Tour of Scotland. Boyle is easily as good at extemporising and modulating himself to bring out the best in interviewees, and he has a decently written script in between. There may also be some viewers who find him a less effortful and exhausting companion than Billy Connolly during his motorbiking years.”
Lucy Mangan, The Guardian

“Boyle was genuinely interested and engaged with the characters he encountered, only engaging his famously misanthropic persona in the direct-to-camera addresses. And there was plenty of seriously informative stuff. There was plenty of time left for a bit of gently taking the mickey out of the cliches of the format. The overriding sense was of someone it would be genuinely good fun to go on holiday with.”
Jeff Robson, The i