The Parachute Murder Plot; How to Get a Good Night’s Sleep; Without Limits: Australia

“A terrific documentary about an absolute bastard of a man” 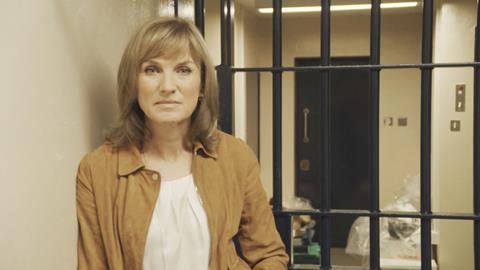 “The Parachute Murder Plot was a terrific documentary about an absolute bastard of a man who tampered with his wife’s parachute to kill her and almost got away with it. But can I level with you? I did not expect Fiona Bruce to take us to a swingers’ club, then explain how men put their penises through holes in the wall. What the Antiques Roadshow audience made of this segment one shudders to think.”
Carol Midgley, The Times

“Many of us will have been familiar with the lurid headlines of the case, but ITV’s creditable documentary The Parachute Murder Plot highlighted the extreme sadness beneath the horror. Not that there wasn’t a certain degree of sensationalism. But on the whole, this was a sobering hour with a timely resonance.”
Hugh Montgomery, The i

How to Get a Good Night’s Sleep, Channel 5

“The programme is bewildering tosh from end to side. By the first ad break, it is clear that anyone with a problem sleeping should just watch 15 minutes of How to Get a Good Night’s Sleep. How stuff this bad continued to get made in 2018 will be a question to vex TV historians down the ages.”
Lucy Mangan, The Guardian

“The idea of Eamonn Holmes advancing on you in his jim-jams with his nostrils flaring is enough to give anyone nightmares. God forbid he should be brandishing instruments of torture. Nobody wants to contemplate Fifty Shades Of Eamonn. These horrors flashed before our eyes in the lightweight but entertaining How To Get A Good Night’s Sleep, as Eamonn and wife Ruth Langsford tested cures for insomnia.”
Christopher Stevens, Daily Mail

“I’m glad I watched Without Limits: Australia, and not just because of Shaun Stocker, who was possibly the least self-pitying person I have seen on TV. They should play this documentary to those drippy pantywaists on I’m a Celebrity … Get Me Out of Here! who burst into tears when they experience so much as a rumbly tummy.”
Carol Midgley, The Times

“The sound on this show was often muffled, especially the conversations in Land Rovers bumping along on rugged dirt roads. But it couldn’t fail to raise the spirits.”
Christopher Stevens, Daily Mail