The Psychedelic Drug Trial; A Very Royal Baby: From Cradle to Crown

“It was utterly fascinating” 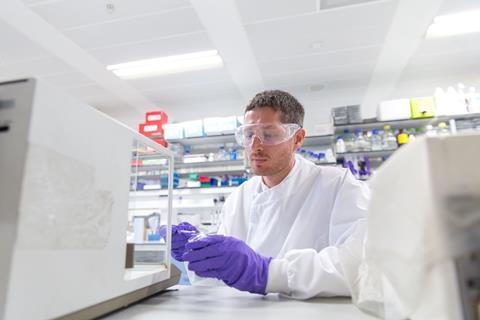 “The programme touched on the history of investigations into the therapeutic power of psychedelic drugs and how progress was paused for half a century when they became inextricably linked with the moral outrage attending their use in the 60s and criminalised thereafter. However, more context, further examples and a deeper examination of how the powers that be categorise substances and why would not have gone amiss. A look at how often societal prejudice trumps provable fact – or even the posing of questions such as whether there would be disadvantages to or a backlash against a drug that appeared to offer a short cut to mental health – would have been welcome. Would, for instance, that “cure” be as lasting, as “real” as that gained only through work with a therapist? Ultimately, issues such as this would have added weight and depth to what, though moving, felt in the end like a fairly lightweight film.”
Lucy Mangan, The Guardian

“One, a nurse named Ali who was grieving after her closest friend killed herself, said if the psilocybin experiment didn’t work, she would consider ending her own life. Another, an artist named Nadine, was angry and disappointed to realise she’d been given a placebo instead of the real drug. I’m not in a great place and this makes me feel even worse,’ she said. All this was accompanied with graphics that seemed to be lifted from a Pink Floyd music video. There may be benefits to psychedelics, but glamorising and politicising this research is neither safe nor responsible.”
Christopher Stevens, Daily Mail

“Watching the participants talk jubilantly about the treatment, it was hard not to feel sadness for the thousands without the option to try it – and fear, that these patients, too, would go back to feeling the way they did before. Yet the documentary was a flicker, however faint, of hope. Nine months on, Steve still felt transformed by the experience. “I’m better. I never thought I’d say that,” he said. Still smiling.”
Barbara Speed, The i

“It was utterly fascinating. Why aren’t we all on the mushrooms? Life is so much nicer, seeing multicoloured universes instead of a concrete flyover and unscooped dog dirt. Is there a cooler job title than that adopted by Dr Rosalind Watts, “psychedelic therapist”? Psilocybin can evidently open a door in clinically depressed people’s brains, release a pressure valve and enable them to change not just how they see themselves but the world.”
Carol Midgley, The Times

A Very Royal Baby: From Cradle to Crown, Channel 4

“For some reason, Channel 4 keeps churning out royal documentaries. They’re an odd choice of subject for a broadcaster that prides itself on edgy programming. One can only assume they came cut-price and in a job lot. A Very Royal Baby: From Cradle to Crown was the worst yet.”
Anita Singh, Telegraph

“It’s hard to fathom why this was made, but I can only imagine it was commissioned before said family’s high jinks went well beyond the question of whether one would appear on the steps of the Lindo Wing with one’s newborn. In the trudge through recent royal history through the lens of things like “how many nannies Kate had” or “who wore the crumbling royal Christening gown last”, there was little room for the pressing issues currently facing the family.”
Barbara Speed, The i

“The history doc declared that ‘the Queen Mother’s body was owned by the state’ when she gave birth to Princess Elizabeth in 1926. Still, someone had to say something to enliven this weightless froth about the forthcoming birth of Meghan and Harry’s second child — the first royal, we were told, who could also become US President.”
Christopher Stevens, Daily Mail