“It looks gorgeous, the main performances are superb, but it has the feeling of a fairytale rather than a sports movie” 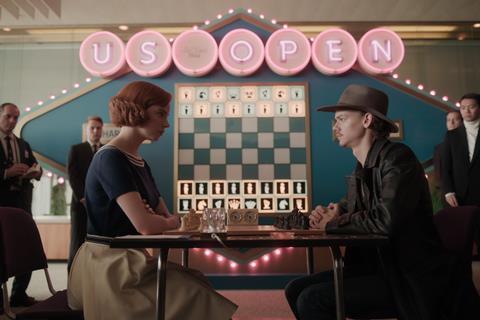 “There is plenty to like and to admire in this new, seven-part drama. It looks gorgeous, the main performances are superb, the vital chess exposition is neatly done. However, without the anchoring point of a true story behind it all, it has the feeling of a fairytale rather than the sports movie or biopic its trajectory and tropes keep pointing viewers towards.”
Lucy Mangan, The Guardian

“It is one of those expensive-looking period pieces that Netflix and Amazon money can do so well – swoon at the costumes and cars, purr with pleasure at the soundtrack. But the heroine at its centre is other-worldly to the point of annoyance.”
Anita Singh, The Telegraph

“Trump is the documentary-makers’ dream because all the jaw-dropping outbursts are helpfully there on camera — at his press conferences or as he steps off a plane — and here beautifully combined in a pie that contains just the right ingredients of dark farce and dark politics.”
Carol Midgley, The Times

“It is a collection of ghastly, charmless people dripping in euro-bling, living obscenely rich lives in places such as Venice and St Tropez, yet who are unhappy because they are not quite rich enough. Despite the eye-boggling amounts that production must spend on location fees, they seem to have spent about £2.50 on the script and a quid on making the plot credible.”
Carol Midgley, The Times

“Since UK hip-hop has long overcome its own inferiority complex, it’s difficult to believe that these six MCs really do represent the best the UK has to offer. Frankly, I’ve seen more polished talents on the top deck of the 253 bus. Watching these guys improve under the judges’ capable mentorship will still be entertaining, whatever their starting point.”
Ellen E Jones, The Guardian