“It was a jumble of bright, weirdly dissociated details, making up only a vaguely coherent whole” 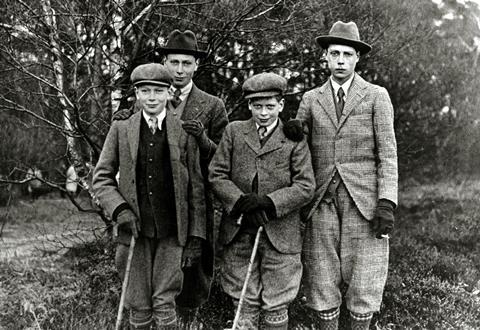 “The Queen’s Lost Family offered what it said were never-before-seen personal letters and diaries, which did give it a modern, gossipy feel, especially since it was set to punky music. Either way it was an entertaining romp through the sexuality and cocaine use of Prince George, the younger brother of King Edward, and the latter being hated by his own private secretary. I can’t see the documentaries that will be made in another hundred years being a fraction as spicy.”
Carol Midgely, The Times

“You have seen it all before, illuminated slightly differently according to which cache was found in which nook or cranny of which palatial dwelling, and which socio-historical heads have been dragooned into talking us through it again.”
Lucy Mangan, The Guardian

“It was a jumble of bright, weirdly dissociated details, making up only a vaguely coherent whole. For all its enjoyable vividness, ping-ponging from one colourful moment to the next, this opening episode (of three) didn’t entirely work. A lot more effort could have gone into building a stronger sense of the titanic social shifts against which these hyper-privileged lives played out – something that, hopefully, will improve in the remaining episodes.”
Gerard O’Donavan, The Telegraph

“The first in a three-part history series, it promised to reveal Her Majesty’s regal aunts and uncles in a whole new light, thanks to a cache of deeply personal letters, unseen for 90 years. The documentary focused on petty scandals (such as another uncle’s penchant for nightclubs and guardsmen) while shedding no fresh light on the really interesting stuff. Passages highlighted in the letters suggested, for instance, that Edward VIII, when he was Prince of Wales, had little time for the problems of the working classes.”
Christopher Stevens, Daily Mail

“Sara Davies joined Dragons’ Den and made one of the least glamorous, but most sensible investments that I’ve seen. It was in a toilet-cleaning device that replaces that hell stick, the toilet brush. Davies, a craft-supplies entrepreneur, proved herself a worthy, sparky new dragon in her pink high heels, taking no crap from the elders.”
Carol Midgely, The Times

“Sara Davies, founder of a craft supplies company and inventor of a bespoke envelope-maker, brought a touch of no-nonsense Geordie briskness to the table, giving a static format the injection of new personality which it periodically requires. The cut and thrust of it all was still compelling, even after umpteen series and there was none of the deliberate setting-up of delusional show-offs which has become over-familiar on The Apprentice.”
Jeff Robson, The i

“The show can get stale quickly if every pitch either succeeds or collapses. We need the added excitement of a third possibility, the meltdown — and this time it came from a former pub landlord called Paul who made his entrance with a heavy metal band, to promote a brand of spiced rum. Paul proved to have a rock star’s touchiness, too, and got so stroppy with the Dragons that he practically called them a load of preening show-offs with egos as big as their bank balances.”
Christopher Stevens, Daily Mail