The Real ‘Des’; Saving Lives at Sea; Ratched; The Long Way Up; How To Add £20k To Your Home

“I reckon that the droning narcissist would have hated this film, which is gratifying. For here we learnt what a truly crushing bore he was” 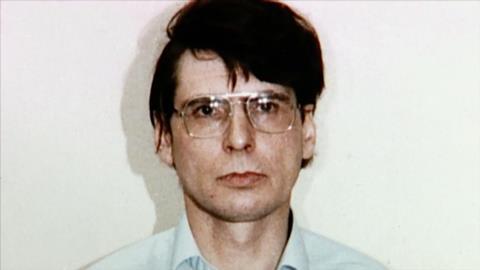 The Real ‘Des’: The Story of Dennis Nilsen, ITV

“If you have just watched ITV’s Des then you may have had quite enough Dennis Nilsen for one week or possibly for ever. But it felt like a courtesy to his victims to watch The Real ‘Des’: The Dennis Nilsen Story because here we learnt about them as real people with families who cherished them, not dismembered corpses stuffed down the despicable Nilsen’s drains. I also reckon that the droning narcissist would have hated this film, which is gratifying. For here we learnt what a truly crushing bore he was.”
Carol Midgley, The Times

“All the families spoke freely, wanting to ensure their loved ones were not forgotten victims. And yet, at times, it seemed voyeuristic. The drama told the story so well, did we really need a documentary the day after? As grimly compelling as the story is, it felt unnecessary and provided the sort of attention a narcissist like Nilsen would have loved.”
Claudia Connell, Daily Mail

“Just watching Saving Lives at Sea, with its jerky camera and choppy waves, was enough to make me queasy. The action parts, spanning lifeboat teams around the country, were humbling and deeply moving.”
Carol Midgley, The Times

“The series reminds us how quickly something can become dangerous when the sea is involved. There was something very British about the paddle boarders’ rescue – the lack of fuss on both sides, with the RNLI offering nice cups of tea.”
Anita Singh, The Telegraph

“I suppose Netflix are aiming this at a young audience who have never seen the film, and for them it might work. But tonally this is so far removed from the original that it inhabits a different universe. The Technicolor palette is more suited to Charlie and the Chocolate Factory, the costumes make Ratched and her fellow nurses look like they’re modelling Dior. The comic-book violence is as almost as lurid as the set design.”
Anita Singh, The Telegraph

The Long Way Up, Apple TV+

“The Long Way Up is like watching a slow-motion male midlife crisis – but without the fun bits, like affairs, ponytails and misguided attempts at dad-dancing or street slang. If you enjoy watching men high-five at minor triumphs, coo at the shiny new vehicles they’ve been loaned, complain about the cold and stress about plug sockets, fill your biker boots. It’s like a Top Gear segment stretched way too thinly.”
Michael Hogan, The Telegraph

“Apart from the fact that it’s hard to comprehend how a tap will add £20,000 to the value of a house, the programme — mostly talking-head interviews with designers — was as dull as the homes many of us Brits supposedly live in.”
Claudia Connell, Daily Mail