The Royal Variety Performance; How they Built the Titanic; Traces; Angels of the North

“I’m not sure that this is the magic of Christmas as I recall it, but at least The Royal Variety Performance hasn’t changed.” 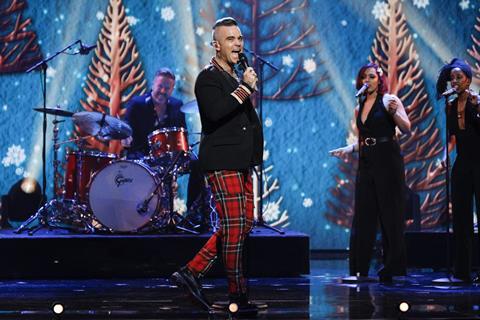 “I’m not sure that this is the magic of Christmas as I recall it, but at least The Royal Variety Performance hasn’t changed. Still two-and-a-half hours of forced fun and fixed grins, and that’s just the royals. All of which was fine if you were there, perhaps, but an entire evening of TV?”
James Jackson, The Times

How They Built the Titanic, Channel 5

“The fate of the Titanic in 1912 has fuelled endless feature films and documentaries. But it is difficult to see why How They Built the Titanic has appeared 107 years after she sank. It was presented by Rob Bell, who ends every sentence with at least three imaginary exclamation marks.”
Adam Sweeting, The i

“Bell talks with great EMPHASIS on every THIRD word and suffers from the common TV condition of Pykus presenteritis (main symptom: perpetual movement of the arms).With help from a block of ice in a vice, Bell showed how the iceberg cut through the metal hull. Later he rolled up his trousers and entered a harbour with a glass box to show how flooding did for the ship. Both were proof of the effectiveness of the amateur demonstration. You could say it helped to keep this nuts-and-bolts programme afloat.”
James Jackson, The Times

“Traces comes with a strong pedigree, having been created by actor-turned-writer Amelia Bullmore and crime novelist Val McDermid. Unfortunately, it struggles to pass the credibility test. Traces is an easy watch but it has a bad habit of spraying coincidences and startling revelations like machine-gun fire.”
Adam Sweeting, The i

“Traces is on an obscure pay-to-view cable channel that mostly airs reruns of Father Brown and Death in Paradise. But it is very good. It’s the station’s first venture into original drama, and for fans of police serials where cold cases dredge up ancient secrets, such as Unforgotten or Dublin Murders, it’s a pacy thriller well worth seeking out.”
Christopher Stevens, Daily Mail

Angels of the North, BBC3

“Angels of the North has nothing to do with the festive season, but trust me: you will feel as cheery after watching a 20-minute episode as you might after flinging back a mince pie. The programme is choppy, but not frenetic in its direction or structure. It wisely lets the energy come from the angels. It is a lovely series about a lovely bunch of people well-suited but not playing to the camera.”
Lucy Mangan, The Guardian