The Secret Life of the Zoo; The Assassination of Gianni Versace; Top Of The Shop 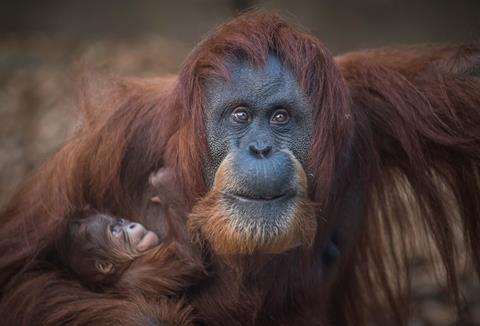 “The Secret Life of the Zoo is obviously a poor relation to, say, David Attenborough’s Planet Earth and less pretty to look at, cages at Chester Zoo not having quite the exoticism of African savannahs. Yet it does well with what is probably about 1 per cent of Planet Earth’s budget and works hard for our emotional investment.”
Carol Midgley, The Times

“With undercover cameras showing the animals in close detail, what fascinating insight we were given. The programme-makers made us care about the missions to boost the animals’ dwindling numbers, also by imbuing the audience with a sense of the Chester residents’ characters.”
Elisa Bray, The i

“Not as interesting as proper in-the-wild natural history, because it’s basically Big Brother, rather than the real world. But it’s easier – and much cheaper – to make.”
Sam Wollaston, The Guardian

“As a portrait of a fantasist serial murderer it has been mesmerically done. However, recently the show has become flabby. Like many dramas, it has suffered mid-series spread, using more filler than a meal-deal supermarket sandwich. I think our patience will be rewarded. It’s just a shame it’s been about three episodes too long.”
Carol Midgley, The Times

“With just one more episode to go there’s still no knowing whether this American Crime Story will yet pull a dramatically satisfying resolution out of the bag. Let’s hope it won’t leave us feeling all we’ve done is spend too many hours in the company of a vicious multiple-murderer whose motives will never be fully pinned down.”
Gerard O’Donovan, The Telegraph

Top Of The Shop With Tom Kerridge, BBC2

“At times this four-part series presented by Tom Kerridge shares qualities with a cheese soufflé. There’s not much there, certainly not enough for hour-long programmes, which is why the contestants have to jump through hoops. In the same way as crackers, pickles and fig jam are unnecessary with a good, strong Stilton, a good strong, half-hour TV format was cluttered.”
Matt Baylis, Daily Express