The Secrets She Keeps; Being Beethoven; Pluto: Back from the Dead

“If it’s nuance and subtlety you are after, then this is probably not your stop” 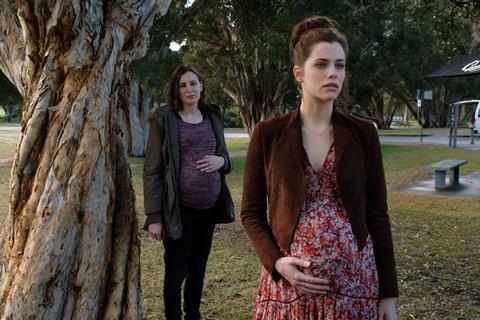 The Secrets She Keeps, BBC1

“This show’s predictability is half the fun. Take what you have learned from The Hand That Rocks the Cradle, Gone Girl, put more recent memories of The Victim, The Replacement, stir in scraps from any story you have seen or read with a lost baby at its heart and you are away. Half your work is done and you are free to kick back and enjoy the non-plot elements, which range from Meghan’s homewares to the two fine central performances.”
Lucy Mangan, The Guardian

“Welcome to another series of Middle-Class Women with Marble-Topped Kitchen Islands. At the supermarket, Meghan meets mousy shelf-stacker, who tells her that she’s pregnant too and due at the same time. But – spoiler alert – Agatha is a pathological liar. Things get a little like The Hand That Rocks the Cradle. Or should that be Single White Female? Or The Stranger? I’ll happily ingest hours of this sort of stuff – sometimes a schlocky thriller a few notches up from Neighbours is exactly what the doctor ordered. In short, it’s not very good. But might you find me blankly watching it, glass of wine in hand, after a long day in lockdown? Probably.”
Anita Singh, The Telegraph

“If it’s nuance and subtlety you are after, then this is probably not your stop. This is a world of two-dimensional women, one-dimensional men and nail-hammering expositional dialogue. I must say I’m not wild about the trope “woman suffers heart-rending tragedy and turns into scheming, stalker psycho-bitch”. Such women are infinitely more likely to suffer crippling depression and cry at home for years than mastermind an evil crime and send “Die, bitch” hate posts. But I do see that there’s no six-part series in that. I must admit that, although this series trashy and I don’t believe in a single character, I’m finding it surprisingly moreish. This is 99 per cent down to Laura Carmichael (Lady Edith in Downton Abbey), who is the main pull here and plays with heart the downtrodden Agatha.”
Carol Midgley, The Times

“The BBC’s latest crime series has a problem: it isn’t The Nest. Nicole Taylor’s nuanced drama, which aired earlier this year, set the bar so high for parenting thrillers that subsequent takes on the subject are bound to feel a little redundant. Which is not to say that the first episode of The Secrets She Keeps, an Australian import adapted from a best-selling novel by Michael Robotham, didn’t have some nice moments. Solidly plotted with some decent twists, which come later in the series, The Secrets She Keeps is further helped by a deeply sympathetic performance from Carmichael, kicking any last traces of Downton Abbey’s downtrodden Lady Edith from her heels, and a rather more spiky one from De Gouw as the self-involved Meghan.”
Sarah Hughes, The i

“If BBC Four does end up being closed down, as recent reports suggest, one of the biggest casualties will be documentaries such as Being Beethoven. A three-part look at the life and times of the composer, this was that increasingly rare thing: an intelligent piece of programming, which allowed viewers to come away feeling, not simply that they’d learnt something, but also uplifted by what they’d learnt. There were interesting contributions from biographers and scholars, but it was the musicians whose commentary was most illuminating. Their passion and understanding turned this from an interesting documentary into an unmissable one.”
Sarah Hughes, The i

Pluto: Back from the Dead, BBC2

“The Horizon strand is a mixed bag. When it tries ‘popular’ science, it produces stinkers like The Restaurant That Burns Off Calories and The Great British Intelligence Test. The excellent Tony Slattery documentary came under the Horizon umbrella, but wasn’t really science at all. The BBC doesn’t seem to know what to do with science when Dr Brian Cox isn’t about. This was the kind of thing you used to find in the late-night Open University slot. No handsomely-paid presenter striding over glaciers or tundra or the Rocky Mountains, just a sensible voiceover (from Paterson Joseph), some facts about Pluto, and scientists explaining in simple and passionate terms why this was important. It was refreshing to watch.”
Anita Singh, The Telegraph