The Seven Year Switch; The Great Celebrity British Bake Off; This Country 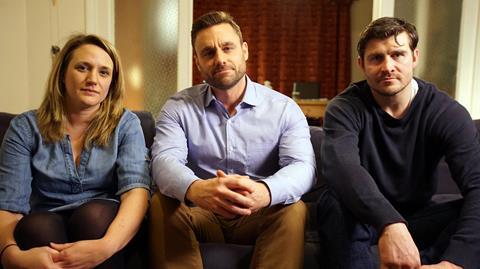 “The Seven Year Switch is – and just excuse me for a moment while I gently move aside the cornucopia of nuanced critical and analytical terms I have at my disposal, because they won’t be needed for a while – a pile of shite. It is basically putting people in the way of temptation and stressing their marriages (all of which have born children) for ratings. And, not to sound too much like your aged Catholic aunt, it is unforgivable.”
Lucy Mangan, The Guardian

“It turned out to be a marginally less tawdry version of Channel 5’s gruesome Love Island knock-off, Make or Break. It’ll probably do well.”
James Jackson, The Times

“Naturally, the producers of the programme were keen to project the idea of the show being a ‘radical experiment’ that would force the couples to scrutinise the problems in their marriage. A version of the show was a huge hit in Australia and the U.S. where couples ended up in bed together. For all their talk of social experiments, that is exactly what makers of the UK show want as well.”
Claudia Connell , Daily Mail

The Great Celebrity British Bake Off for Stand Up to Cancer, Channel 4

“The Great Celebrity British Bake Off for Stand Up to Cancer didn’t just provide a public service in raising money, it also offered the funniest hour of the week. Since it mattered not a jot who won, it went simply for clowning — and for all Roisin Conaty’s amusingly rubbish incinerated crepes, this was Harry Hill’s show. It was such fun you were tempted to think that Hill should be on the show every week.”
James Jackson, The Times

“Hill stole the show so completely, someone should call the comedy police. Blessed with funny bones and not a little baking ability, his deadpan asides and sly looks to camera had me in stitches from start to finish.”
Michael Hogan, The Telegraph

“Harry Hill was crowned the winner for his ‘showstopper’ 3D biscuit creation — an imagined scene of him stranded on a desert island with the Duchess of Cornwall — complete with a horse on a surfboard. Silly, yes, but I doubt a TV show will give you a bigger laugh all week.”
Claudia Connell , Daily Mail

“It’s perfection. Everyone and everything is rendered by the Coopers, as actors and as writers, with such precision, comic deftness and perfect balance, on the knife-edge between hilarity and the absolute horrors of reality that if you weren’t so busy laughing you would be prostrating yourself in awe at the Nike-clad feet of their greatness.”
Lucy Mangan, The Guardian