The Stranger; Inside the Crown; Travels In Euroland

“Not dark enough to be great, but highly bingeable” 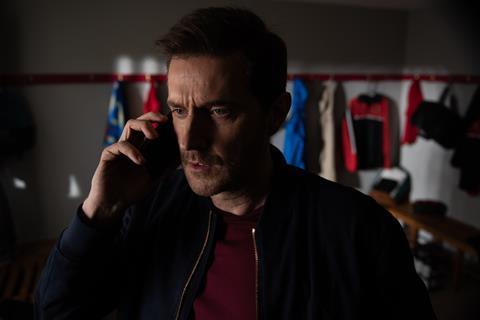 “Another twisty domestic thriller with middle-class people with nice kitchen islands who are undone by secrets and lies: think Gone Girl, Doctor Foster and Deep Water. The show wouldn’t look out of place on ITV. Not dark enough to be great, but highly bingeable.”
Anita Singh, The Telegraph

“A strong and sprawling cast work hard to keep all the balls in the air, and you will feel a strong urge to watch the second episode immediately, if only to clear up a few things.”
Tim Dowling, The Guardian

Inside the Crown: Secrets Of The Royals, ITV

“For the second week running Inside the Crown: Secrets of the Royals proved a misnomer, telling us things we already knew and showing us footage we had seen a thousand times before. At least it was topical in the sense that it dealt with the royals’ fluctuating relationship with the media.”
Carol Midgley, The Times

“This four-part series is impeccably researched, with acerbic commentary from experts such as biographer Piers Brandon. More smashing stories came from the veteran royal photographer Ken Lennox, who explained how Princess Di could be persuaded to pose when caught in the right mood.”
Christopher Stevens, Daily Mail

“The second episode dealt with the tricky relationship between the Royal family and the press. Harry and Meghan were probably not watching the programme. Their exit from the Firm made this episode both timely and out-of-date.”
Anita Singh, The Telegraph

“The fact that the BBC is so comfortable with Ed Balls says a good deal about the corporation’s unconscious bias. The BBC insists it holds no political stance, but it’s impossible to imagine that Nigel Farage — no longer an MEP after today —would be invited to present a documentary like this.”
Christopher Stevens, Daily Mail