“Somehow less engrossing than watching cakes rise on Bake Off” 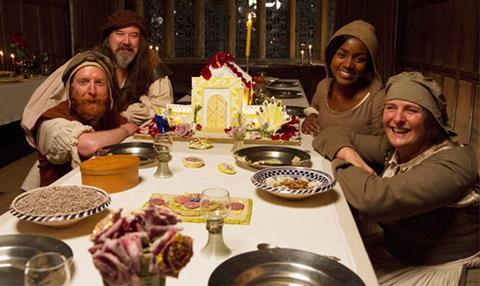 “It’s fun to see modern cooks try their hands at historic techniques for making sweetshop goodies, but somehow less engrossing than watching cakes rise on Bake Off. Why sponges and eclairs make endlessly exciting television, while fruit pastilles are good only for a quirky one-off, is one of the mysteries of the medium. Though the four confectioners in this show have worked hard, the director relied too much on the lazy conventions of historical reality shows.”
Christopher Stevens, Daily Mail

“I understand it is all about the history of food and how we got where we are today, but sometimes you cannot help but get the impression the BBC turns itself into a giant playground in which people don silly clothes and make mud pies – or in this case barley twists, rose rock and fruit pastilles.”
Virginia Blackwood, Daily Express

“The third season ended with a cliffhanger, leaving its audience guessing as to whether good or evil, corruption or faith, would triumph. A masterful hour of television preceded it, as cinematic and ambitious as anything you might find on the big screen, filled with operatic lurches of plot and mood that left me feeling that I had witnessed something astonishingly good.”
Rebecca Nicholson, The Guardian

“The last episode was not the best, but it still made Twin Peaks look like reheated huckleberry pie.”
Andrew Billen, The Times