The Trip to Greece; PEN15; Kidding; Sunderland Til I Die

“The streak of melancholy was always what pushed The Trip beyond its frippery, so I guess this was the ending it deserved all along” 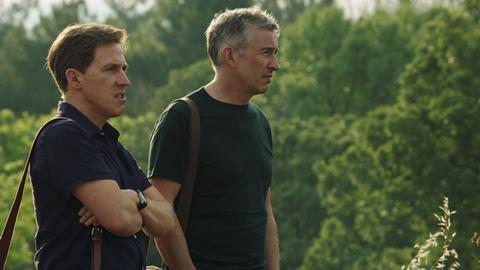 The Trip to Greece, Sky1

“Here Steve Coogan is being existential and after four series arrived at its terminus in particularly downbeat style. I found myself forlornly recalling the show’s funny side — of sunny alfresco cuisine and Michael Caine impersonations. Yet it was also beautifully done. The streak of melancholy was always what pushed The Trip beyond its frippery, so I guess this was the ending it deserved all along.”
James Jackson, The Times

“Yet, through the repartee and self-indulgent breaks for meals, that opening scene had left a depth-charge of approaching nemesis. It arrived in the trilling of Coogan’s mobile, announcing a death in the family. It seems impossible that The Trip’s mix of farce, vanity and sad sincerity should hang together, but once again director Michael Winterbottom had pulled a nugget of gold out of the fire.”
Adam Sweeting, The i

“On paper PEN15 has a gimmick, which is that the two 31-year-old writers and creators of the 10-part comedy series play their 13-year-old selves trying to navigate middle school, amid a cast of actual teenage actors. So rapidly, however, are they subsumed into their parts. I couldn’t bingewatch it, but in half-hour, single-episode chunks it works as both comedy and, if you mentally prepare beforehand, catharsis.”
Lucy Mangan, The Guardian

“Jim Carrey — who in recent years seems to have lost all interest in gurning comedy and become more of an existential space cadet — is back as the depressed creative genius Jeff Pickles, a famous TV puppeteer on the brink of a breakdown as he grieves a dead son and longs for his ex-wife. Quirky bleakness is never an easy line for a comedy to walk. The series at least has the decency to keep its episodes short — any more than half an hour of such navel-gazing and the show would get lost down there.”
James Jackson, The Times

Sunderland ‘Til I Die, Netflix

“Just like the first series, the vast majority of viewers will know the answer, draining this true-life drama of some of its jeopardy. Yet it’s still grimly fascinating to watch this up-close portrait of passion, grit and aspiration. This is less fan-centric and more boardroom-based than the debut series but what ultimately emerges once more is a poignant tale in which the unwaveringly loyal locals become the protagonists.”
Michael Hogan, The Telegraph