“The trouble wasn’t women, it was Robinson’s selective tone-deafness and scattergun thesis” 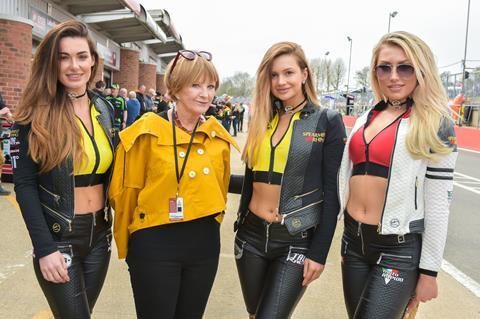 The Trouble with Women with Anne Robinson, BBC1

“It was borderline farcical. There was no insight, no consideration of anything deeper than Anne’s ill-informed opinion, no attempt to challenge her assumptions, no attempt to situate individual experience within a systemic problem. No nothing, really, except the occasional tinkle of a single scale falling reluctantly from a contemptuous eye.”
Lucy Mangan, The Guardian

“The trouble wasn’t women, it was Robinson’s selective tone-deafness and scattergun thesis. She was most passionate and effective when focusing on the pay gap. I wished this sprawling film had either homed in on that tangible, timely issue or told a more personal story. In trying to tackle everything at once, Robinson missed most of her targets.”
Michael Hogan, The Telegraph

“Like most documentaries it went round the houses visiting various scenarios to make various points, when I’m sure most viewers would have preferred to see her slugging it out in a debate.”
Carol Midgley, The Times

“Much of the show consisted of Anne basking in her own radiance. But she had a good point to make, and she rammed it home with gusto. Thought-provoking and unpretentious, this one-off show had something worth saying.”
Christopher Stevens, Daily Mail

“There wasn’t an abundance of laughs in last night’s Flowers, which got very deep indeed, but there was some beautiful writing. I’m not wild about the surreal dream sequences, but this episode showed the writer Will Sharpe’s exquisite skill in turning on a sixpence from the profoundly dark to the comically banal.”
Carol Midgley, The Times

“Like the BBC’s other attempt to fill the cake-shaped hole in its schedules, The Big Family Cooking Showdown, it was too derivative, too bland, lacking that elusive magic. The BBC needs to take a risk on new recipes, not just whisk together existing formats and hope they rise in the oven.”
Michael Hogan, The Telegraph

“It’s a shame this documentary tried to wow us with its section of star villains at the start because the rest of it was quite interesting.”
Matt Baylis, Daily Express