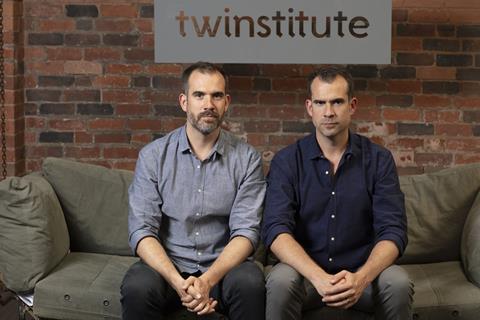 “This was a brisk half-hour of frothy health advice. It was all so light-hearted as to be meaningless, though at New Year, when we’re determined to stick to our resolutions, the 21-stone, beer-loving, middle-aged twins tackling tough weight-loss regimes were an inspiration.”
Christopher Stevens, Daily Mail

“Identical twins fascinate lots of us, myself included, and certainly this felt a fun and simple way to assess some nature or nurture questions. But the whole thing felt a little too gimmicky. The van Tulleken brothers have easy charisma and theirs is an unchallenging avenue into popular science. That that will be enough to sustain this for the next six weeks, however, I am not convinced.”
Sarah Carson, The i

“The Twinstitute involved sets of identical twins testing different premises, which were explained to us repeatedly as if we were children, as most documentaries do now. One was whether diet or exercise has more effect on weight loss. Eh, I thought everyone knew it was diet?”
Carol Midgley, The Times

“I did not like it partly because it committed the documentary sin of ‘patently contrived banter’, but mainly because it seemed like a convenience to get his son, Barney, exposure on TV. Celebrity parent/child duos going abroad isn’t new, but this felt too scripted and without much travelogue merit.”
Carol Midgley, The Times

“The concept behind the series is nothing original. Dad’s grumpy, the son is impatient, and they bicker their way from coast to coast in an RV camper van — the current vehicle of choice for all telly travellers. But for a few seconds on Bradley Walsh & Son: Breaking Dad, we glimpsed the real man, and it was rather touching.”
Christopher Stevens, Daily Mail

“A nuanced film that interviews many people involved, from government officials to survivors. The blunt force of the material is remarkable, and there is a lot of it. You get the sense that, even at 85 minutes for the first instalment, there would have been enough for a Ken Burns-style detailed analysis over many more hours than this.”
Rebecca Nicholson, The Guardian