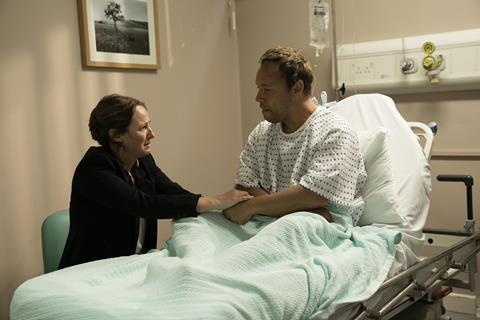 “The concluding episode of The Virtues saw Shane Meadows working on a new level, blending raw feeling and technical mastery to create drama that will live in viewers’ minds for days, weeks, maybe years to come. The final 20 minutes of The Virtues will stand as one of the most intense passages in TV fiction.”
Jack Seale, The Guardian

“Shane Meadows’s series concluded last night and was almost poleaxing in its emotional wretchedness. Few series could match The Virtues for moments of escalating intensity.”
James Jackson, The Times

“Whether it was an alcoholic fighting the urge to drink or a father broken by his son living in Australia, every scene was spellbinding. It had better start clearing space on that mantelpiece now for the awards that will certainly follow.”
Claudia Connell, Daily Mail

“Intercutting Dinah and Joe’s respective endgames to a pitch of unbearable tension, somehow Meadows served up that greatest of all virtues: hope.”
Benji Wilson, The Telegraph

“The three instalments vary in mood, genre and just about everything else (as anthologies are designed to do) but they share a new air of calm authority. There’s an unhurriedness to each, a greater willingness to linger and develop moments that might have passed as a single beat in other seasons that perhaps bespeaks an increasing confidence of Black Mirror’s creators in their product.”
Lucy Mangan, The Guardian

“The latest three episodes remind you how it’s the human moments that set the series apart from mere tech horrors. As often is the case with Black Mirror, though, the concepts’ set-up is very satisfying, but the outcome suffers by comparison.”
James Jackson, The Times

“The first part of the Crisis In Care investigation appalled viewers with its footage of adults with learning difficulties being mocked and abused. That resulted in immediate action including staff suspensions. Last night’s episode was just as important and hard-hitting, but seemed unlikely to lead to any swift solution for Rita, Val, Pat and others like them.”
Claudia Connell, Daily Mail