The Windermere Children; Miracle Workers; Bring Back the Bush 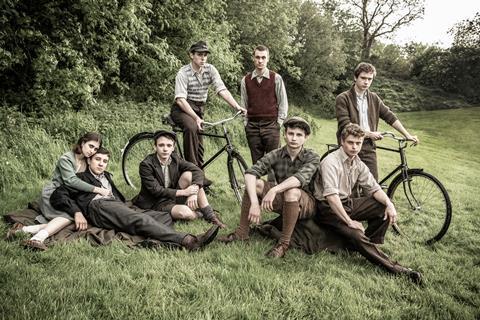 “It would have been easy for The Windermere Children to tip over into sentimentality. Writer Simon Block and director Michael Samuels gave us a sad and beautiful film.”
Anita Singh, The Telegraph

“This drama’s strength was in its understatement, the orphans’ experiences eked out delicately, the temptation to ramp things up for dramatic effect resisted. Atrocity needs no loud-hailer.”
Carol Midgley, The Times

“The most powerful moments come in the final few minutes when the drama stops and the teenage Polish actors playing Holocaust survivors are suddenly replaced by the survivors themselves - real people, still alive, talking about their happy and fulfilled lives. It seems more than just a familiar device to show that the film is based on actual people and true events. Seeing these men smiling, thriving, provides an unexpectedly optimistic conclusion.”
Amelia Gentleman, The Guardian

“The tone of The Windermere Children was too cosy to convey the horrors of the Holocaust. The impression – unintentional, I’m sure – was that a good meal and a kickabout in England’s green and pleasant land was all these children needed. The happy ending was too easy; the tweedy nostalgia uncomfortable.”
Rupert Hawksley, The i

“The young cast were excellent. The older stars had less to do but look grieved and smoke fretfully. Though there were some famous faces, this production had a low-budget feel. The ration-coupon clothes and awkward scenes shot through reeds at the water’s edge gave it the look of an Eighties independent British film.”
Christopher Stevens, Daily Mail

“Beneath the twee trimmings, there was sly, pointed satire. God was essentially a spoilt billionaire CEO who’d put his vast empire on autopilot and refused to use its powers for good. Despite the epic premise, this was essentially an amusingly oddball workplace comedy.”
Michael Hogan, The Telegraph

“The idea of Heaven being a bleak 1970s industrial unit with workers clocking on and off is a fertile one; as is God (Steve Buscemi) being a beer-swilling couch potato in vagrant’s clothing. While tackling big issues such as faith and free will it got distracted by unfunny riffs such as Eliza having to eat a worm.”
Carol Midgley, The Times

Bring Back the Bush: Where Did Our Pubic Hair Go?, Channel 4

“Chidera Eggerue was a lively and likeable presenter. She listened well to interviewees who related their personal grooming nightmares. Flipping casually back through history like a magazine, Eggerue reminded us that Charles Darwin pushed the idea of hairy men and hairless women as evolved ideals.”
Helen Brown, The Telegraph

“This documentary is part hirsute history lesson; part feminist campaign. Eggerue provoked no-nonsense debate about a subject too often treated with prudish snickering. Ostensibly, this was a film about pubic hair. But it was actually a film about choice.”
Rupert Hawksley, The i