“It is a comedy so funny and silly that not even the royal family could take offence.” 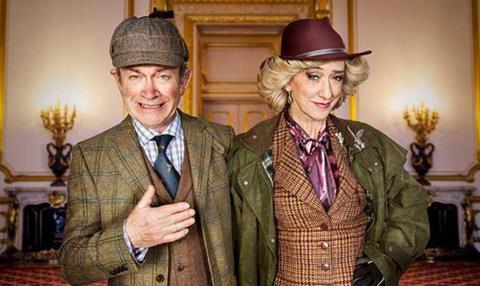 “It is a comedy so funny and silly that not even the royal family could take offence. Yet, this ludicrous parallel universe needs correlatives in the real world, and here The Windsors is falling behind. Pippa has her husband. No one fears Theresa May any more. William’s hair has gone. Were it possible, this show could be said to be losing credibility.”
Andrew Billen, The Times

“These characters are nothing like the real royals. But that really doesn’t matter. What does is that this is ballsy and rude; very silly and very funny.”
Sam Wollaston, The Guardian

“The odd decent one-liner aside, this wasn’t sophisticated satire. It had all the subtlety and nuance of a Donald Trump tweet. Broad, brash and camp, this was panto-style comedy. Entertaining enough but lewd and low on actual wit.”
Michael Hogan, The Telegraph

“For every good line, there are two clunkers and some woeful slapstick. The writers don’t seem to know the difference between a running joke, and running a gag into the ground.”
Christopher Stevens, Daily Mail

“The beauty of this spoof is its speed. It doesn’t hang about setting the scene. My only qualm is this: I’m not sure the premise is sustainable for an entire series. There’s only so many times you can make jokes about Wills being dim, Kate being descended from gypsies, and Harry watching The Crown to educate himself about his ancestors.”
Chloe Hamilton, The i

“I’m not generally a fan of the celebrity travelogue. But just as she wins over everyone she meets along the way – by gasping and gushing, being utterly charming and calling everyone darling; and being interested without being all worthy and dull – so she wins me over, too.”
Sam Wollaston, The Guardian

“Lumley would be an ideal holiday companion, knowledgeable and brave, yet as reluctant to dwell on her destination’s darker corners as she was yesterday to look at Calcutta’s alfresco urinals. The documentary made me wish to visit India, but only having first been reincarnated as Joanna Lumley.”
Andrew Billen, The Times

“Despite the TV schedules’ wearisome reliance on this overstuffed genre, Joanna Lumley’s India was utterly irresistible. Lumley’s natural warmth and people skills shone through with every encounter.”
Michael Hogan, The Telegraph

“The real problem was that indefatigable traveller Joanna simply wouldn’t linger long enough in any one place to let the team get the shots they wanted. She rocketed from the southern tip of the sub-continent to the Chinese border in the course of an hour, taking in jute mills, special effects movie studios, diamond merchants and temples, grabbing a bite of street food wherever she could.”
Christopher Stevens, Daily Mail

“A lot of presenters would have emoted all over the place and got in the way but not this one. That was the rather remarkable thing about Joanna Lumley throughout, in fact, she might have been overjoyed to be back in India but she did it all in that cool, unflappable way.”
Matt Baylis, Daily Express

“The Highland Midwife offered a winning combination of newborn babies and dramatic Scottish landscapes, so winning, in fact, that you wondered why it wasn’t a drama series.”
Matt Baylis, Daily Express