The Year That Changed Love; Inside KFC at Christmas; The Expanse; Christmas At Hampton Court

“A few more of those wouldn’t go amiss” 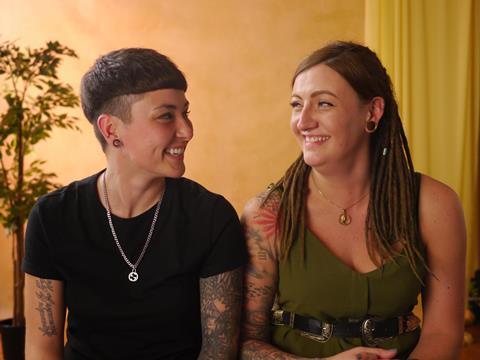 The Year That Changed Love, Channel 4

“Following a handful of individuals across the past year, this hour-long look at lockdown-affected romance was initially the kind of touchy-feely thing I find maddening, and there was a sense of arbitrariness to it. Yet as with a show like The Undateables, it grew on you. The story of estranged mum and dad Dean and Emma, who gradually rediscovered their love while forced to lock down together, felt like the stuff of a schmaltzy rom-com and was quite possibly the first of its kind on TV: a feelgood lockdown story. A few more of those wouldn’t go amiss.”
James Jackson, The Times

“Here was a reminder that human connection can flourish in the most inhospitable of conditions. And that, even during a once-in-a-century pandemic, happy endings are still occasionally possible.”
Ed Power, The i

Inside KFC at Christmas, Channel 4

“A bit of a soggy burger of a documentary. It was billed as a fly-on-the-wall profile of the fast-food chain as it prepared for the festive season during lockdown. But what was served up felt more like a product placement for KFC’s complicated-looking new gravy chicken meal.”
Ed Power, The i

“They ought to have remembered the cynical chef’s warning that no one would ever want to eat in a restaurant if they saw inside the kitchen. A better policy was the one used by Franchise Owner Caroline, who had her staff dressed as chickens outside the branch and waggling their tail feathers at passing drivers. It’s better to raise a smile than turn your stomach.”
Christopher Stevens, Daily Mail

Behind the scenes: Finding festive cheer in KFC

“The Expanse’s complexity risks turning off the casual viewer. Yet its portrayal of a multi-faceted and morally ambiguous future brimming with dozens of heroes and villains remains a stunning achievement. For those prepared to commit the necessary time and attention, it’s an absolute blast.”
Ed Power, Telegraph

“There wasn’t much history — no mention of Cardinal Wolsey, who built the place, for instance — but we did learn that Queen Elizabeth I loved to get presents at Christmas. She issued all her courtiers with a list… not of the gifts she wanted, but of how much each noble was expected to spend!”
Christopher Stevens, Daily Mail