Thinking outside the suite

A raft of cloud technology is changing the face of post production, offering everything from editing to storage, and allows a flexible approach to content production. 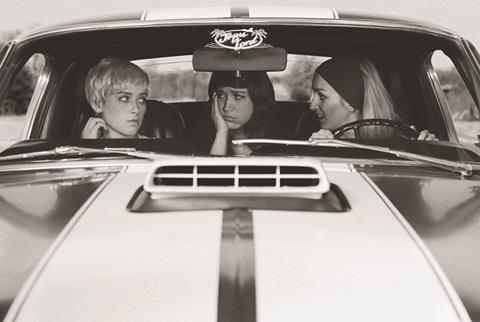 From editing and grading to storage, an increasing array of apps and platforms are available for post-production firms to offer remote services to clients or use virtualised tools rather than invest in on-premise technology.

“Providing managed cloud-hosted virtual post and content services is beneficial in a number of ways,” says Jon Lee, founder and chief executive of Virtual Post, a company that eschewed dedicated premises in favour of multiple points of presence with partner post houses.

The mission for Virtual Post, which launched last August, is to not be burdened by the costs and complexities of running a traditional post house, instead embracing the wave of new technologies and workflows.

There are also other benefits such as upgrades that find their way into a cloud platform quickly.

Virtual Post is working with Arts Alliance on its Royal Opera House cinema performances and promos, providing high-end frame rate conversions and deliverables. “A cloud-hosted infrastructure allows the workflow from live record to conversion and distribution to be actioned quickly and efficiently,” Lee says.

Remote working means that facilities in many locations can work on the same projects simultaneously, but operators and managers don’t necessarily need to be in front of a terminal staring at a progress bar.

Boutique grading facility The Look has been providing a remote grading service for the past two years. It allows clients to upload their Apple ProRes files to the company’s FTP, meaning they aren’t waiting for edit lock before grading, and test grades can be completed at the assembly stage.

“It was clear that the big issues clients were facing was getting edit locked so they could book in the grade,” says The Look founder and senior colourist Thomas Urbye.

“Clients don’t pay for conforming or playouts, they don’t have to send drives and they keep control of the post-production process”, Urbye says.

“We become a partner, meaning we can offer expert advice to streamline their post-production services,” he remarks.

For Base Media Cloud, the cloud is the beginning, middle and end.

That number is expected to grow, Foakes says, as a result of the benefits inherent in remote production: security, collaboration and cost savings.

He points to a UK broadcaster that is working with a team in Los Angeles, which is shooting every day and sending rushes back through the Base Media Cloud Platform, where it’s downloaded an hour later and then pushed into an edit suite.

He says: “This is the future. This is much more agile. It’s what’s happened across all other industries. Media has just been slower to adopt.”

With the aim of reducing infrastructure cost and improving capacity, Sundog Media Toolkit’s cloud platform is aimed at facilities in need of specialised tools from third-party providers such as Dolby, RealD and Digital Vision.

Sundog wraps layers of its software around developer source code and allows it to work in the cloud to connect with other tools in the workflow, says chief executive Richard Welsh.

“The advantage for third-party providers is that the platform is up and running, so we have taken away a lot of the initial pain of deploying in a cloud environment, such as security, scaling and billing.”

Another advantage is being able to work simultaneously across geographies. The system can connect to storage wherever it is, meaning it can run a process where the source data is in London and the frames are output in LA.

“Essentially, when the last frame has finished processing, it is delivered and the data is ready at the destination facility,” Welsh says.

He adds that clients can take advantage of faster upgrades. “When we roll out an improved algorithm or a new tool, everyone gets it instantly,” he says.

London post facility Silverglade delivers hundreds of hours of content for ITV every year. Its use of Avid’s MediaCentral UX allows production teams to log, sort and sync media, eliminating the need for them to use an edit suite at its facility.

Media is ingested into an Avid Interplay Production asset management system, then ITV and other Silverglade clients can pull media from wherever they are, says Avid senior segment marketing manager Charlie Russell.

“When a client comes into the offline edit suite at their facility and sits down with a craft editor, they can pick from rushes that have been quality controlled and start crafting quickly and more efficiently. This enables Silverglade to turn around work in its offline suites more quickly so it can pass more work through the facility and increase revenue.”

“The driving idea is the belief that building a large bespoke machine room is no longer a viable proposition for the small- to medium-sized post house,” Lee says.

“Big spending on capex plus the skillset and overhead to support and rejuvenate large quantities of infrastructure are prohibitive.”

This shift to software, media apps and commodity IT hardware could spell the demise of the traditional room full of proprietary equipment.

“This is in part brought about by the switch to digital file end-to-end workfl ows and part by the increasing performance and price point of connectivity,” Lee says.

This movement is not without its potholes, however. For the past several years, doubters have pointed to the one of the more treacherous pieces of the cloud puzzle: security.

But for many, security is a non-issue. “Security is the number one area people worry about, but if you look at where the really big breaches have occurred in recent times they have involved internal networks rather than cloud,” says Welsh.

“Security in the cloud is about understanding the network environment and protecting yourself appropriately.”

However, because the network determines the effi cacy of a cloudhosted service, connectivity, resilience, diversity and redundancy are all important factors.

There’s also the issue of geography. “Distances can be challenging,” says Barry Evans, chief technology officer and co-founder of Pixit Media, which has helped its clients offload their production or archiving storage infrastructure to cheaper, data centre-style locations and with burst rendering in the cloud.

“Depending on the customer or the location of the site, the farther you are away from that data centre, the harder it can be to pull that stuff in and out. The time it takes to transfer that data can vary quite a bit.”

There are also years of entrenched models to counteract.

“As much as we try to make it easy, it’s not a frictionless transition to start using virtualised services and I don’t see people moving their entire workflow to the cloud overnight,” says Evans.

The degree to which the post industry adopts a virtualised way of working remains to be seen, but now it is a question of choice says Foakes.

“If you tried to do this four or five years ago, you would have struggled,” he says. “Now it really works.”

This article is taken from the Sep/Oct issue of Broadcast TECH. Click here for the digital edition