This Is Our Family; How to Steal Pigs and Influence People; Midsomer Murders

“A film this painful, honest and sensitive could not have been made without the time it took to establish an extraordinary level of trust” 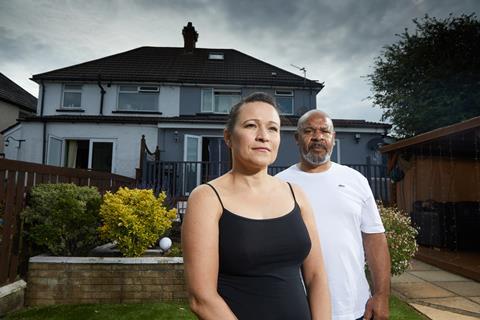 “From the outset, it is clear that a film this painful, honest and sensitive could not have been made without the time it took to establish an extraordinary level of trust between the film-maker and her subjects. Above all, the film exposes the extraordinarily complex emotional lives of people, who from a distance may seem to be the sort who just get on with things.”
Tim Dowling, The Guardian

“Director Clare Richards carefully shepherded us towards the big day, her camera moving unobtrusively among friends and family as she pieced together the emotional undercurrents and life histories, which had brought the protagonists to this point. Gradually, the concealed chunk of the iceberg began to emerge.”
Adam Sweeting, The i

How to Steal Pigs and Influence People, Channel 4

“Tom Costello’s guerilla documentary made the activists look, at best, wilfully naive. You were left in little doubt that kidnapping farm animals is a misguided thing to do, the film showing instead how, for the influencers, finding fame quickly becomes more important than really helping the animals. Costello’s film was an interesting, dispiriting view of social media behaviour and how animal activism can be a substitute for other unfulfilled needs.”
James Jackson, The Times

“Tom Costello’s fascinating documentary explored the way vegan activists are exploiting online channels, including Instagram and YouTube. Seeing the squalid conditions in which the animals were forced to exist was a strong argument against eating them. Watching a rescue piglet snuggling up to Wes would have melted a heart of stone.”
Adam Sweeting, The i

“One can knock this stuff for the obvious reasons (really, who cares whodunnit?), or you could admit that few shows are as comfortable in their own skin. Midsomer Murders is the pair of old slippers in the TV schedules: warm and familiar on a cold winter’s night, a refuge of reassuring homicidal certainties.”
James Jackson, The Times