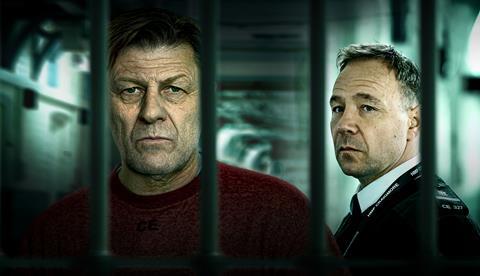 “The first episode is inescapably harrowing. But it is carefully calibrated not to descend into abject despair and give us an excuse to look away. There are enough points of light to keep you from feeling alone in the darkness. The performances of Sean Bean and Stephen Graham are, even though we have come to expect brilliance from them both, astonishing. So, too, are those from everyone in smaller roles, none of which is underwritten or sketchy, and who thicken the drama into something more profoundly moving and enraging at every turn.”
Lucy Mangan, The Guardian

“To be clear, there was not one second of this opener that was anything other than relentlessly grim. Not one glimmer of hope, not one moment of levity, not even a beam of sunlight streaming through a crack in a barred window. What there was however, was superlative acting (from the entire cast as well as the two leads), heartbreaking storytelling and a fearless depiction of a system that looks to serve no-one but those people who, as Mark’s cellmate suggests, are making money from it.”
Rachel Sigee, The i

“Time is a visceral and violently scary drama. Writer Jimmy McGovern’s script conveys how dehumanising the experience of prison is, from the moment the first iron door slams. Loaded with scenes of self-harm and vicious assaults, Time has echoes of the Ray Winstone 1979 classic, Scum.”
Christopher Stevens, Daily Mail

“HMP Craigmore is brutal. The threat of violence is so ever-present that I watched the whole thing in a state of high anxiety. Bean does an excellent job of conveying this vulnerability. I suppose that’s what we’re being asked to think about: is this the best form of punishment? Is this what justice looks like? Can prison life be improved, or is that what they deserve?”
Anita Singh, The Telegraph

“The fact that scientific knowledge is constantly developing gave this programme shape and purpose. There isn’t much room for spirituality or religion from Cox, but there is something about his wide-eyed fervour, search for meaning and use of the word ‘we’ that has quasi-devotional qualities; that sense that science is a shared human endeavour that we can all marvel at.”
Ben Dowell, The Times

“As prime-time viewing, it veered from cheerless to underwhelming and then circled all the way around. The issue wasn’t so much the mash-up of traditional award ceremony and dystopian conference call (we’re all familiar with the latter by now). The problem had more to do with the detached and ironic tone struck by host Richard Ayoade. Sentimentality at awards nights is, it is true, more an American thing. However, this year the TV Baftas could have done with just a sprinkling of it: a pinch of positivity to go with Ayoade’s admittedly very funny Strictly Glum Prancing routine.”
Ed Power, The Telegraph