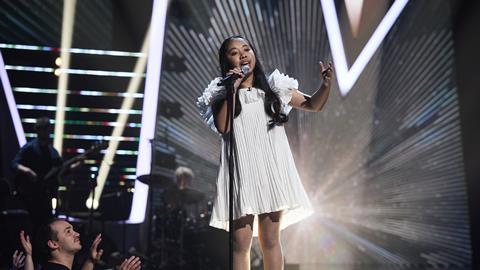 Amidst a slew of repeats, Saturday was a relative bright spot as ITV’s hit of the summer and its youthful singers did their best to cheer us up a bit.

Meanwhile on Sunday, making the best out of the repetitive purse, ITV kicked off a week of iconic gumshoes. However, similar to the recent re-run of Downton Abbey’s pre-war poshos, Midsomer and its murders could not overtake BBC1’s original drama.

Perhaps more than any day, Sunday has shown the benefits of strong, original programme brands and the significant downside of not new content to call upon.

Since 10 May, when ITV played the last episode of Van Der Valk, the broadcaster has had to busk Sundays to an extent.

The lack of Euro 2020 punched holes in both its and BBC1’s schedules, but the latter has retained a familiar look on Sundays with brands such as Countryfile and Antiques Roadshow playing throughout this odd summer.

ITV has been repeating films and dramas such as Downton Abbey to little effect. Since 17 May and in 7pm-10.30pm peak ITV has averaged 2 million/12% in overnights on Sundays – 22% in volume and 20% less in share compared with the same Sundays last year (2.6 million/15%), which included Beecham House’s 2.1 million/11% in overnights (incl +1) over five Sundays.

It remained enough to win the slot at a canter ahead of second-place Channel 4’s final episode of its three-part series Lose a Stone in 21 Days with Michael Mosley, which collected 1.4 million/8%; 81,000 +1 – 149,000 and one share point fewer than last week and the lowest of all.