TV Critics: Top of the Lake; Who Do You Think You Are?; Inside The London Fire Brigade 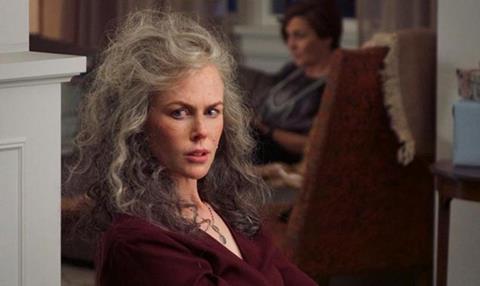 “As a mystery and a cop show, it is totalling compelling. Less bonkers than the first series, tighter, better planned. And I love it, because it is beautifully written, beautifully performed, beautiful to look at. And really funny.”
Sam Wollaston, The Guardian

“The whole thing was grimmer than a wet weekend in Scunthorpe and equally enjoyable. Doubtless this will get rave reviews elsewhere and provoke worthy thinkpieces. On the evidence of this ploddingly oppressive opener, though, Top of the Lake needs to up the pace and dial down the self-indulgence.”
Michael Hogan, The Telegraph

“It’s unlikely, depressing, bitter and instantly addictive. The Beeb has uploaded all six episodes to iPlayer, and the temptation to spend the weekend binge-watching will overwhelm many viewers.”
Christopher Stevens, Daily Mail

“This was superior storytelling. There was some anxiety about whether this new series would match up to the last: it did. In spades.”
Virginia Blackburn, Daily Express

“The charge against the first Top of the Lake in 2013 was twofold: that it was obscure and that it was feminist agitprop. I can get as lost as anyone in detective plots, but I didn’t find last night’s episode hard. As to feminist agitprop, well of course it can be read like that. I prefer to see Top of the Lake as a tightly focused study of misogyny.”
Andrew Billen, The Times

“Once again, this fiendishly engaging format delivered an absorbing, affecting hour’s viewing. Adil Ray’s comic persona as self-appointed community leader Mr Khan might be grating, but here he showed the articulate and likeable performer behind it.”
Michael Hogan, The Telegraph

Inside The London Fire Brigade, ITV

“A month on and the horror of the Grenfell Tower fire still continues. There were first hand accounts of the terror that took place that night, alongside other incidents including another block of flats destroyed by an explosion, a coach that caught fire on Westminster Bridge and a basement fire on Bonfire Night. It was a timely reminder of the incredible bravery involved.”
Virginia Blackburn, Daily Express

“This documentary conveyed the heroism of the fire crews without exploiting their trauma or encroaching on the grief of the bereaved families. It trod a careful balance — on the one side it risked being mawkish, on the other ghoulish, but it avoided both.”