“Atmospheric and beguiling, True Detective had its hooks into me again” 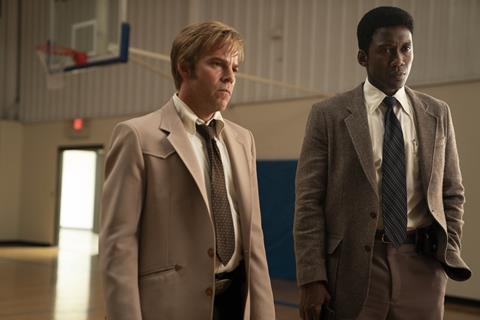 “Anchored by a smart, subtle performance from Mahershala Ali, the opening episode of True Detective was a solid piece of storytelling with a tone that recalled its first series. [But] the dialogue often felt more portentous than profound and the characterisation remains very much from the ‘masculine men do masculine things’ school of drama.”
Sarah Hughes, The i

“This is a decent, serviceable thriller, nasty enough to give the impression of not flinching away from the darkest natures of its characters, and sufficiently gripping to ensure that viewers should keep on watching.”
Rebecca Nicholson, The Guardian

“Series three looks a bit more like it: dark, gothic, eerie and with three overlapping timelines, which sounds complicated but somehow isn’t. It’s not yet as good as series one but there are rich, tragic seams here.”
Carol Midgley, The Times

“This was redneck noir: Twin Peaks meets Broadchurch, with a dash of The Killing. Atmospheric and beguiling, True Detective had its hooks into me again.”
Michael Hogan, The Telegraph

“As ever, the wry script was well-observed, the Manchester setting was handsomely shot and it all bounced along to a lively soundtrack. After 22 years on-air, this superior midlife soap still radiates warmth and wit. It’s like catching up with old friends.”
Michael Hogan, The Telegraph

“We know Jen, Pete and the rest of the gang so well by now that returning to them each series is like checking in on old friends. And like old friends they sometimes frustrate but rarely fail to entertain. Writer Mike Bullen repeatedly hit the bullseye in a warm, witty opening episode.”
Sarah Hughes, The i

“Nothing ever changes in the world of Cold Feet. Every episode we get the surreal dream sequences and the laboured jokes, unaltered in two decades. The real reason those feet are cold is that the whole show is a rigid corpse.”
Christopher Stevens, Daily Mail

“The format allows us to celebrate great men and women, while learning about others who are unjustly ignored. And Chris Peckham displayed his usual gift for setting out complex arrays of facts in a clear, easy-to-follow style.”
Christopher Stevens, Daily Mail