“It’s funny. It’s supposed to be, I know, because of the maddening plinkety-plonkety this-is-funny music” 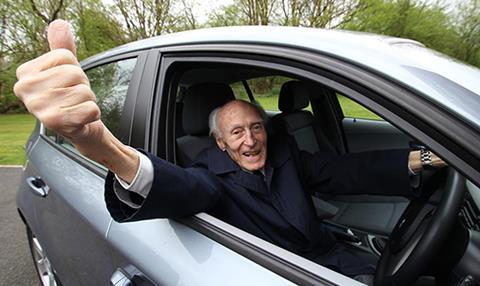 “It’s funny. It’s supposed to be, I know, because of the maddening plinkety-plonkety this-is-funny music. Stop it! I can’t decide whether to be amused or not. And I am, but in spite of the music, not because of it. It’s also a little bit worrying, and makes you think about people in your own family (hello, Mum!).”
Sam Wollaston, The Guardian

“Though the stories told here were – by their nature – quite sweet and interesting, 100-Year-Old Drivers focused a bit too much on the micro, rather than the macro. Yes, it’s a boon that a good number of people in their nineties and beyond are able to transport themselves. But many aren’t.”
Will Dean, The Independent

“This one-off documentary gently raised the suggestion that it might not be a bad idea if older drivers had to take a test every few years, just to prove they are still capable. The problem with that notion is that the really dangerous roadhogs are the ones who can’t keep their hands off their mobile phones. It’s a sure bet you’ll never see a 100-year-old driver updating his Facebook status on an iPhone in the fast lane of the M4.”
Christopher Stevens, Daily Mail

“It is the cool, straggle-haired nose-studded producer and historian David Olusoga who gets mentioned in dispatches today. With his series The World’s War, he has emerged as perhaps the most engaging documentary presenter in the BBC’s ranks.”
Andrew Billen, The Times

“A gifted storyteller throughout the programme Olusoga showed an instinct for the memorable phrase and image. At one point he led us towards a forlorn shelter on a Belgian farm, with a little keyhole-shaped archway like a mosque door and an Arabic inscription over the lintel. It summed up what is meant by dying in some foreign field.”
Matt Baylis, Daily Express

The Beauty of Anatomy, BBC4

“Dr Adam Rutherford was determined to ride two horses, science and art, and he looked secure on neither.”
Andrew Billen, The Times

“It just wasn’t terribly televisual: all static images, stock footage and academics looking at manuscripts. Rutherford seemed to be filling air time by meandering around and repeating himself.”
Michael Hogan, The Telegraph