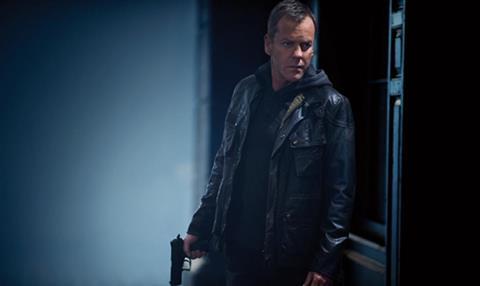 “This comeback still delivered crash-bang thrills and rug-pulling twists. The digital font on that ticking clock might look dated but its tension-building beeps still sent a shiver down the spine. Welcome back, Jack.”
Michael Hogan, The Telegraph

“It’s all utterly preposterous of course. Nor does it have that sense we got from the early series that this is something utterly innovative and groundbreaking. But Kiefer Sutherland is still a mesmeric presence, and it’s still bloody exciting.”
Sam Wollaston, The Guardian

“Despite a slow start by 24 standards and its almost-Bond title and London setting, this was business as usual as soon as Jack uttered his first words.”
Gerard Gilbert, The Independent

“The Wikileaks plot is a success for it explicitly reopens the security v freedom debate always hanging over 24. As for Bauer, it remains Kiefer Sutherland’s great role, and he plays it with such concrete conviction I hardly noticed he said nothing for the first 40 minutes.”
Andrew Billen, The Times

“The first half of Connolly’s two-part essay lacked a thesis, structure or rigour. It was, however, emotionally honest, open-hearted and brimming with humour.”
Andrew Billen, The Times

“His emotional openness made the comedian an engaging presenter. The programme’s only fault was that Billy tried to squeeze too much in – understandable, for a man who feels he has so much left to say.”
Christopher Stevens, Daily Mail

“Death may remain a mystery to many of us but I know one thing: few presenters could bring so much life to the subject.”
Matt Baylis, Daily Express

“Death, like sex, is of course inherently comic, and I enjoyed Connolly’s meeting with Eric Idle, who sang a song to him, but I was worried that he wasn’t going to engage with the subject on screen closely enough. It wasn’t until late in the programme that I shed a tear.”
Christopher Howse, The Telegraph

“King’s College Hospital in south London took a risk in letting 91 cameras into its A&E department, but it did its reputation a power of good. I’m still uneasy about hospital documentaries. There’s a big element of voyeurism in them.”
Christopher Howse, The Telegraph

“Presumably 24 Hours in A&E – also excellent, also gripping – has been scheduled to run concurrently with 24 - Live Another Day so King’s College Hospital can deal with the inevitable carnage that results from Jack Bauer being in town.”
Sam Wollaston, The Guardian