“This was filmmaking played for the highest stakes, and it was profoundly moving.” Read on for the verdict on last night’s TV. 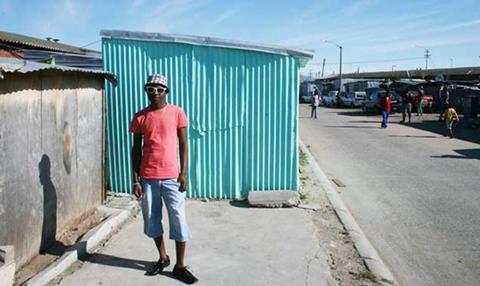 “Has there ever been a purer idea for a documentary than 7 Up? Director Angus Gibson picked a cross-section of South African kids born in 1985 in the midst of apartheid. Their stories, which we returned to last night in 28 Up South Africa, are all fascinating.”

Will Dean, The Independent

“There was no narrative, just five snapshots of these young people’s lives, but the programme was fascinating. Its only flaw was that it felt rushed. Instead of one 85-minute episode, this should have been a three-part series.”
Christopher Stevens, Daily Mail

“The Up format is simultaneously close and removed; we feel we know our cast intimately, but we are also watching them as if from a great height, drawing lines between their present and past. We saw a 21-year-old Andiswa speak of the pain she felt for those with HIV, knowing that four years later she would be dead. This was filmmaking played for the highest stakes, and it was profoundly moving.”
Horatia Harrod, The Telegraph

“A notable quality of this show, compared to the British one, is how high the stakes seem to be. To ‘fail’ here in Britain generally means to end up in a smaller house, in a less interesting job, divorced or just unhappy. Failure in South Africa means the plywood shack in the murder-ridden township or the sickness that kills you because you can’t afford the medicine.”
Matt Baylis, Daily Express

“The UK Up series guessed that much of a child’s eventual life would be predetermined by the class they were born into. How much truer this has turned out to be in South Africa. Here was a documentary to make you wonder why its white tribes ever fretted about the abolition of apartheid.”
Andrew Billen, The Times

“In many ways, the Up projects are more like geological studies than sociological research. The cores of the people involved stay the same – the rest is shaped by time and the different pressures brought to bear on them.”
Lucy Mangan, The Guardian

“Without a voiceover, the documentary was difficult to get to grips with. Captions on black cards popped up from time to time, like the dialogue in silent movies, and the overall effect was like watching rough, unedited footage on videotape. But the passion and star quality of the students shone through in any language.”
Christopher Stevens, Daily Mail

“I felt there was an implicit promise in the title which was not fulfilled: where, I asked myself, were the high kickin’ drama queens?… The grand opening was poorly shot, as if a camcorder had been handed over to someone’s dad at the crucial moment. It was a fitting ending to a curiously unfocused film.”
Horatia Harrod, The Telegraph

“In a fine film that zoomed in and out from bemused society to raging ego and back, director Hao Wu did especially well to keep in focus the students who almost, but not quite, made it into the A cast.”
Andrew Billen, The Times

“Hopefully Australian sketch show Problems will gather a following. It’s clearly influenced by the late-night Adult Swim weirdness of Tim Heidecker and Eric Wareham, as well as Python, and maybe a bit of Big Train, too… Maybe mark this one down as a slow burner.”
Will Dean, The Independent

“A brief exchange in a nightmarish fall of feathers and clucking was about as close as the programme strayed to any kind of argument or controversy. The rest was a light assemblage of people growing and cooking stuff. Throughout each strand I never really felt sure I knew why either bloke was doing this or what it was attempting to prove.”
Matt Baylis, Daily Express