TV Critics: Abused; Into the Wild; The Island

“It’s to Auntie’s credit that here on primetime was a programme directly addressing its institutional failures around Savile.” 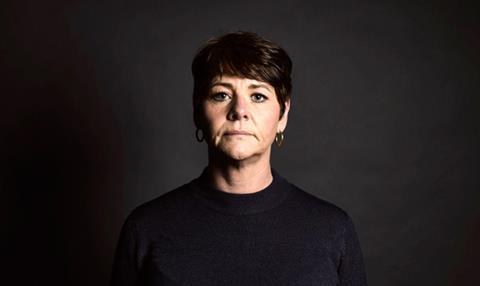 “The events recounted in Abused: The Untold Story are no less shocking for being well known. The victims who bore witness to the crimes of Savile and others still struggle with their words, the trauma just as raw and present all these years later. But this was the real point of this powerful, sometimes excruciating programme: to give the victims a voice.”
Tim Dowling, The Guardian

“I was surprised at just how shocking Olly Lambert’s film was. It’s to Auntie’s credit that here on primetime was a programme directly addressing its institutional failures around Savile and its muzzled 2011 Newsnight report.”
James Jackson, The Times

“This was a documentary that boiled with fear and pain. All of which made for exceptionally difficult viewing. What was never in doubt was the importance of these victim’s stories being heard.”
Gerard O’Donovan, The Telegraph

Into the Wild, BBC2

“Natural history mixed with no-bulls*** distrust is an interesting, hitherto-unexplored blend on TV. Yet even Alistair Campbell cheered up at the sight of sea eagles and dolphins; proof that even a sulking rottweiler is helpless in the face of a fluffy otter.”
James Jackson, The Times

“Gordon Buchanan obviously hoped that his enthusiasm would become infectious, but Campbell seemed immune. He yawned. He frowned. He looked bored. Above all, he seemed profoundly doubtful. He warmed up in the end, but it took almost the whole hour. Buchanan had me at the voles.”
Tim Dowling, The Guardian

“Campbell is a charmless thug who swaggered around Westminster for years like a bully terrorising the school playground. It was a shame to see a man who is fascinated by animals, being treated with thinly veiled contempt by a yahoo who couldn’t give two stuffs.”
Christopher Stevens, Daily Mail

The Island With Bear Grylls, Channel 4

“The sheer stupidity of some of the islanders makes you suspect they’ve been selected because they’re guaranteed to fail. But what really makes The Island too grim to watch is its constant foul language. The women are the worst, effing like navvies. What an unpleasant bunch they are.”
Christopher Stevens, Daily Mail

“I’m not personally tickled by the sight of anyone suffering but it was at the same time hard to root for some of the parties concerned. If management accountant Shaney, for example, was worried about her energy levels, she could have tried speaking less. Just cutting out the needless F-words would have saved her a Mars Bar’s worth of calories an hour.”
Matt Baylis, Daily Express