“A depressing end but brave, I thought, of a reality show to show some reality.” 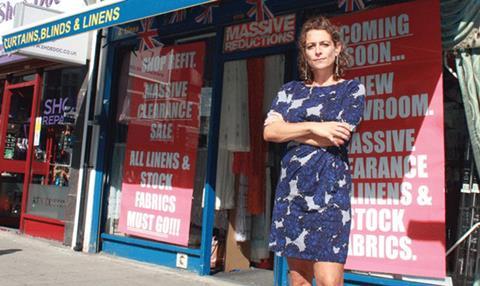 “Polizzi looked physically uncomfortable as soon as she set foot in The Singing Kettle and the Messers did not respond well to her ill-disguised contempt for their tatty tearoom. Polizzi had no trouble identifying the root of the Messers’ problems; unfortunately, perceiving these problems and solving them are two very different things.”
Ellen E Jones, The Independent

“Ray and Marlene thought a bit of exposure on the telly couldn’t do any harm, so they applied to Alex Polizzi: The Fixer. What a terrible mistake. Polizzi is the princess of Glib Britain. She can take the character out of any business and replace it with the conventional.”
Christopher Stevens, Daily Mail

“Alex Polizzi: The Fixer is back, bringing her special brand of tough love to bear on the kind of small businesspeople for whom immediate bank foreclosure might qualify as a tender mercy. We know what to expect: intractable fools stuck in a time warp, hopeless dreamers refusing to see financial sense, and Polizzi being stern and calling everyone darling.”
Tim Dowling, The Guardian

“Had that other TV expert Supernanny appeared, I doubt she’d have known how to deal with Ray’s tantrum. Nor, plainly, did Polizzi, who left the place brightened and modernised but with Ray ominously having the last word. A depressing end but brave, I thought, of a reality show to show some reality.”
Matt Baylis, Daily Express

“We’ve already seen similar on Littlewood’s Channel 5 show, Cowboy Builders, but what makes this three-part series a particularly satisfying accompaniment to your cup of builder’s is that it’s not just about seeing the bad guys “bang to rights”. This feel-good show also involves a makeover element in which the deserving parties finally get a finished home, thanks to builder Chris Payne, designer Pippa Jameson and some unusual finishing touches.”
Ellen E Jones, The Independent

“The programme’s great asset is its presenter, Dominic Littlewood, a bullet-headed Essex terrier. In a similar amalgam to the programme, physically he resembles both the investigative journalist and the builder from hell.”
Andrew Billen, The Times

“Bad Builders- Bang To Rights is another programme basically cloned and broadcast elsewhere. I have to say, I don’t mind the duplication. It’s more of a sport than a consumer show, a version of hare-coursing where no bunnies are harmed, only bad eggs cornered.”
Matt Baylis, Daily Express

“Some pictures lose nothing of their force by repetition. Laurence Rees used hardly any in his documentary Touched by Auschwitz, the story of six of the camp’s survivors. Survival is a lesser tale than extermination, yet it proved well worth telling (although not perhaps at 90 minutes). What emerged was a study of character.”
Andrew Billen, The Times

“There is no more powerful remembrance, of course, than the spoken testimony of survivors. In Laurence Rees’s feature-length documentary Touched By Auschwitz, several former inmates of the camp told their stories, with an emphasis on what happened next. What came across most strongly in this film was the lack of a single strategy for recovering from such extreme trauma.”
Tim Dowling, The Guardian