TV Critics: An Hour to Save Your Life; School of Hard Sums; Death in Paradise; Hair

“It was full of cool-headed heroes who made Jack Bauer look like a neurotic squirrel.” 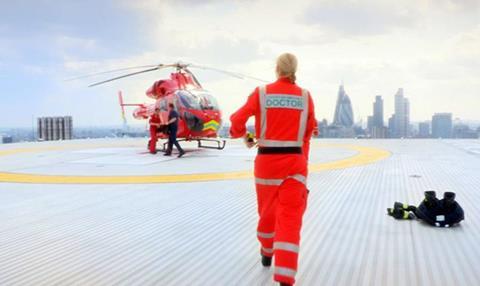 An Hour to Save Your Life, BBC2

“Was this a BBC documentary? Or the latest episode of 24? An Hour to Save Your Life had elements of both – and it was full of cool-headed heroes who made Jack Bauer look like a neurotic squirrel. The show cheated on its own premise slightly by following the three patients featured beyond the first hour of care and onto the A&E wards. But by this time, we were so emotionally invested in the outcome it would have felt odd not to.”
Ellen E Jones, The Independent

“Presented without flourishes or over-egged voiceover, this was a frank and open look at the work performed on the frontline under high stress, in changeable conditions and dependent on split-second decisions.”
Matt Baylis, Daily Express

“The result of airbrushing death, disememberment and human error from this picture was that it became implausible, a triumphalist narrative, uncritical PR for advances in patient care. Doctors fail, technology isn’t a panacea, accident victims sometimes die. Really? You’d never guess from this programme.”
Sam Wollaston, The Guardian

“Dara O’Briain’s School of Hard Sums fails to understand the contract between viewer and TV: I will watch you, says viewer to telly, only if you undertake not to make me feel guilty about wasting my life and under no circumstances try to improve me.”
Sam Wollaston, The Guardian

“School Of Hard Sums is ‘maths-based entertainment’ — words that have no business being in a sentence together. It was like Top Gear with geeks.”
Christopher Stevens, Daily Mail

“Marshall tries a little too hard to be the textbook Englishman abroad. He should relax and downplay it, because his boyish face and crumpled demeanour convey enough in themselves.”
Michael Hogan, The Telegraph

“I’m still hard pushed to think of nice things to say about Death In Paradise. It is afternoon-repeat drama, Eighties telly, comfort viewing. It’s not even very good of its type. Someday someone will commission a homely mid-market crime series for BBC1 that does not insult the intelligence.”
Andrew Billen, The Times

“Presenter Steve Jones had none of the charm, let alone the jokes, of Bake Off’s Mel and Sue. There were no digressions, just hair and more hair. Still, the title had warned us what to expect — and at least it wasn’t called The Great British Barnet.”
Christopher Stevens, Daily Mail