TV Critics: An Island Parish; The Tube; The Food Chain

“An Island Parish made me yearn to flick a stone across the flat sea, and spend a sunny morning watching the world while waiting for a bus.” 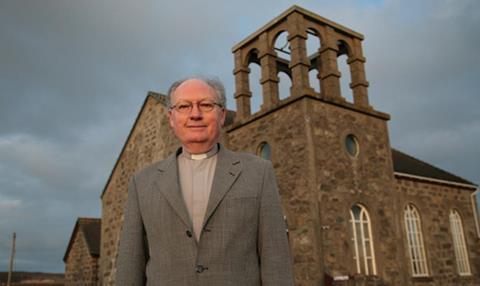 “An Island Parish made me yearn to flick a stone across the flat sea, and spend a sunny morning watching the world while waiting for a bus.”
Christopher Stevens, Daily Mail

“How does a documentary strand that looks like a regional daytime show hold a primetime place in perpetuity? Despite the Father Ted-like opening credits and a tin-whistle in the background music, it doesn’t patronise the provincial. Instead, it manages to be cosily perceptive, capturing a hint of the spartan spirituality characteristic of Britain’s tinier isles.”
Andrew Billen, The Times

“It was certainly a good insight into the friendly, resourceful, close-knit community. But I would have liked to see more of Unst in 2016, the post-referendum politics, as well as the ponies and processions.”
Sally Newall, The Independent

“If, having watched the crime drama Shetland, you think that Britain’s northernmost islands are a bleak place full of dead bodies and sad policemen and you wouldn’t dare go near them for fear of getting at least depressed and, at most, murdered, then this might put you at ease. Although, to be honest, a murder or two, or drugs at least, might liven this up a bit.”
Sam Wollaston, The Guardian

“An Island Parish: Shetland took this pleasing format to our most notherly extremes. It’s strange to think that just 400 miles from the Arctic Circle there are inhabitants of the UK watching EastEnders, tutting about Mr Cameron and tucking into chicken tikka.”
Matt Baylis, Daily Express

“I’m not sure this offered much for non-Tube-going viewers. Take-the-cameras-to-work is a much-used genre. But to care about the fishermen/ice-road truckers/hotel staff/whatever, there needs to be some decent characters to draw you in. In this, we weren’t with anyone long enough for them to care much.”
Sally Newall, The Independent

“If you live and work outside London, you’d have watched and quickly made up your mind not to bother revisiting a dystopia at the point of collapse. If you are a Tube commuter, it would have told you little that you didn’t already know. Eventually, an hour of begrimed tribulations became as relentless as a rush-hour commute, and as repetitious.”
Andrew Billen, The Times

“This documentary could have launched a crusade. Like our national railways, the London Underground is a dangerous shambles, one that is so familiar to tens of millions of people that somehow we managed to ignore it. But the programme followed the usual template for these shows, focusing on a few characters and celebrating the fact they managed to do their jobs at all.”
Christopher Stevens, Daily Mail

“It was touching really to see how much affection Underground staff seemed to have for their workplace and each other. They definitely love the tube. Londoners love it too… provided they don’t have to use it.”
Matt Baylis, Daily Express

“Brilliant, this is what we need, more programmes about food on the television. Justin Moorhouse’s cheerful comedy voiceover and a plinky-plonky soundtrack make it a teeny bit more irritating, but not more surprising. But hey, it’s about food. People like food; put it on.”
Sam Wollaston, The Guardian