TV Critics: Bake Off: Crème de la Crème; Murdered By my Father; The A Word

“A bloodless, uninvolving affair at once frenetically busy and yawningly free of incident.” 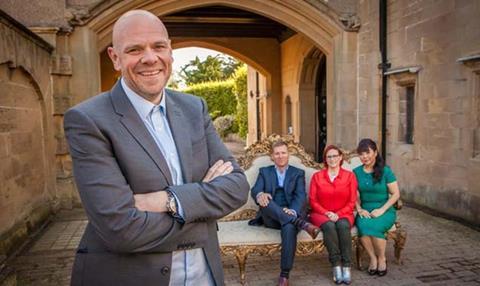 “Like all spin-offs, this hit is calculated: too big, glossy, and Mastercheffy to be really loveable. It’s also like the Masterchef quarter final that never ends. I found the format convoluted, which telly like this should never be.”
Chitra Ramaswamy, The Guardian

“This spin-off was a bloodless, uninvolving affair at once frenetically busy and yawningly free of incident, full of astounding technical proficiency and jawdropping invention, but devoid of passion and identity.”
Gabriel Tate, The Times

“A spin-off to capitalise on Bake Off’s sweet-toothed success must have seemed like a no-brainer. However, this new offshoot got the recipe wrong. My complaint isn’t that this show wasn’t the main, mothership Bake-Off. It’s that it bore no resemblance to it whatsoever, thus seemed to be merely piggybacking cynically on the Bake-Off ‘brand’.”
Michael Hogan, The Telegraph

“This was as far from the gentle, engaging style of the Great British Bake Off as it’s possible to imagine. No dry ice, please, or Paris-Brest… just the ordinary guilty pleasures of Victoria sponge and cupcakes.”
Christopher Stevens, Daily Mail

“Teams of world-class patissiers and cake consultants competing at the top of their skills… for what? I suppose they go away with the knowledge that they’re slightly more world-class than the other world-class people they were up against. But why should we care?”
Matt Baylis, Daily Express

Murdered By My Father, BBC3

“Murdered by My Father could easily have strayed into stereotypes. But in the hands of the young screenwriter Vinay Patel, the story felt both nuanced and unbearably heart-breaking. This was a brave piece of television, a White Teeth for the Snapchat generation.”
Ceri Radford, The Telegraph

“There’s more to television drama than crime or corsets. Like Last Tango in Halifax, The A Word trades instead in only mildly heightened human drama, and does so with a warmth, honesty and humour that is far harder to pull off than it ought to be.”
Gabriel Tate, The Times

The TV That Made Me, BBC1

“A daily dollop of afternoon telly that is sheer pleasure for anyone who hankers after the telly of their youth.”
Christopher Stevens, Daily Mail