“It was eye-opening to see how timid the BBC’s commissioners have grown since the good old days.” 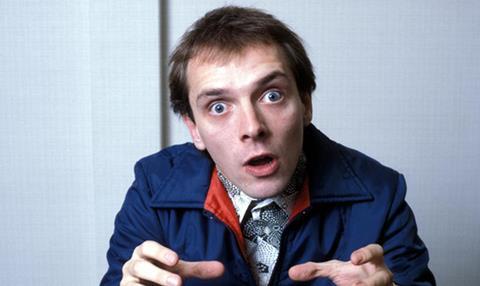 “Most of this was real treasure. There were great sketch shows from the Sixties, Seventies and Eighties that, inexplicably, haven’t been played since. It was also eye-opening to see how timid the BBC’s commissioners have grown since the good old days.”
Ellen E Jones, The Independent

“The Comedy Vault’s problem was that it showed a lot of lamentable stuff by people whom we now revere learning their craft at the licence fee payers’ expense (not that I’m complaining about this investment model; I’m not Noel Edmonds). We can only hope the programmes wiped from the BBC archives in the pre-digital era to save tape were even worse.”
Stuart Jeffries, The Guardian

“It is criminal that the BBC has been sitting on thousands of hours of historic material for decades, letting the cannisters disappear under layers of dust and never publishing a catalogue of what’s actually in their film warehouses – let alone reshowing them, instead of the constant diet of househunting, auctions and panel games.”
Christopher Stevens, Daily Mail

“All the clips, good and bad, were a tribute to BBC2’s comedy department, which has spent 50 years backing losers, winners and obvious non-runners with equal generosity and hope.”
Matt Baylis, Daily Express

“The Crimson Field can be soapy, but its also had serious intentions to show what this war must have felt like for those who were there. As this episode expertly conveyed to the modern viewer, patriotism is a much less abstract virtue when all around you people you love are dying for it.”
Ellen E Jones, The Independent

“The Crimson Field relied too much on soapy plotlines to try to engage the viewer. The other crucial problem was that the young nurses were simply not interesting enough to command our attention… The forgotten women of the First World War deserved better than this.”
Ben Lawrence, The Telegraph

“A terribly clumsy title for a very good documentary. I hope that with BBC director general Tony Hall’s promise of a greater commitment to the arts, documentaries like Pop Goes the Easel, which capture a flash of talent at a very precise moment, will be made again.”
Ben Lawrence, The Telegraph

“This whole Culture Show Special would have been suicidally depressing had the work not been so inspiring.”
Andrew Billen, The Times