“An illuminating and brave investigation of what obsessive compulsive disorder really is.” Read on for the verdict on last night’s TV. 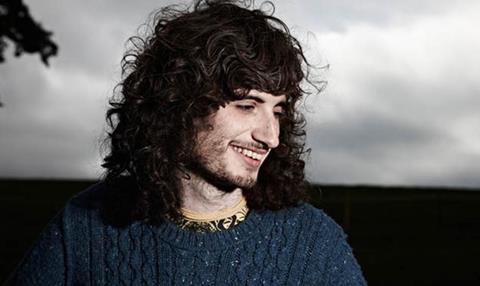 “Bedlam could have been awful, if the camera had been intrusive, agenda-operated, seeking out the sensational. Or if there had been a gimmicky formula to it. It isn’t that though: it’s objective, sensitive… Most importantly, I believe it’s a fair portrayal of a fascinating place. Brilliant TV.”
Sam Wollaston, The Guardian

“This hour-long documentary about people with extreme anxiety was an illuminating and brave investigation of what obsessive compulsive disorder (OCD) really is. Anyone on the C4 board who hasn’t seen Bedlam should watch it today, without fail — and then ask whether a channel that broadcasts such an intense, intelligent documentary has any excuse for screening a tacky travesty like Obsessive Compulsive Cleaners.”
Christopher Stevens, Daily Mail

“If this responsible and humane and blessedly calm piece of observational film-making had a flaw, it’s that there was no curiosity about the deeper causes of OCD.”
Jasper Rees, The Telegraph

“The head of the anxiety disorders unit pointed out that in the Eighties he’d treated a lot of people irrationally terrified of HIV and Aids. Now in an age of paedophile lynch mobs and celebrity sex scandals, the focus had moved on. It was intriguing, this idea that madness moved with the times, and I wished there’d been more time to explore it.”
Matt Baylis, Daily Express

“A version of Dracula that would have Bram Stoker plunging a stake through the hearts of all involved… Most of the budget has gone on balustrades and frockcoats, while expense has been largely spared on a script which isn’t anything like sinister or spine-chilling enough.”
Jaspers Rees, The Telegraph

“This series looks great: the dusty light that Dracula winces at; slo-mo fights; rapid effects… The Fifty Shades demographic will have found ample excitement here… In the end, though, the style-over-substance was so overwhelming it tipped me into disinterest.”
Alex Hardy, The Times

“Dr Jose Fabella Memorial Hospital sounds like it would make a great subject for a documentary, doesn’t it? Sadly, the makers of the This World series on population thought they had a better idea… This World was so keen to link the programme’s case studies to a bigger picture of global population growth that it strayed way off topic into a celebration of the Philippines’ expanding economy.”
Ellen E Jones, The Independent