“This was an honest film about stories that don’t have neat, happy endings.” 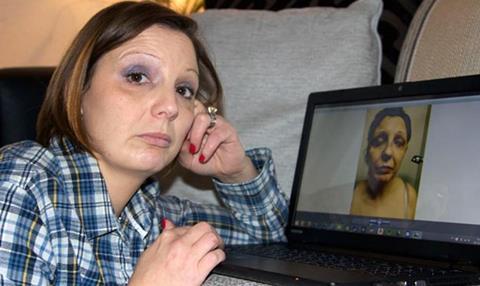 “This harrowing film, which chronicled the work of the Thames Valley Police Domestic Abuse Unit and was narrated by actress Olivia Colman, was not easy to watch. Images of the women’s battered faces were shocking, the brazenness of the perpetrators breathtaking. This was an honest film about stories that don’t have neat, happy endings.”
Anita Singh, The Telegraph

“By following the women’s stories from the first 999 call to the trial verdict, this shocking programme was able to strip back at least some of the facade. But we were left with the unsettling sensation that much more was hidden behind the closed doors.”
Christopher Stevens, Daily Mail

“It was filmed over 12 months so we got to see these cases through from the initial attacks to sentencing. What should, theoretically, have been a satisfying watch instead opened our eyes to the inconsistencies in the British justice system. I can only hope some good comes of airing them.”
Sally Newall, The Independent

“This concentration on three individual cases made for a compelling and urgent programme, but it would be good to see another one (actually, I’d make it an entire season of such programmes) exploring and unpicking all the things this only had time to touch on.”
Lucy Mangan, The Guardian

“You would have to watch a lot of TV before you see something as shocking as the opening scenes. How to feel? Revulsion at the perpetrators; exasperation at a judicial system that handed Lawrence a mere £1,000 fine; but frustration too at Helen, who had continued to meet Lawrence after the attack, jeopardising her safety and the case against him.”
James Jackson, The Times

“It was a surprisingly gripping watch, despite the lack of grisly crime. If there was anyone I would like to go to a gallery with, it’s Andrew Graham-Dixon. His Jackanory-worthy storytelling skills combined with academic nous make him an engaging tour guide.”
Sally Newall, The Independent