“Given such a sensitive subject C4 have, naturally, made a tasteless and exploitative reality documentary.” Read on for the verdict on last night’s TV. 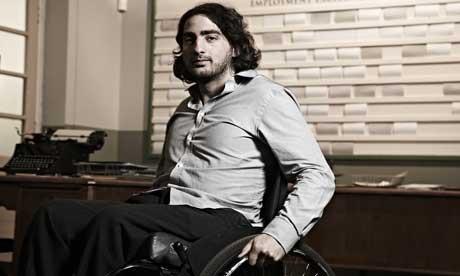 “Another time-travel bootcamp. You know the type. The sub-genre of documentary that asks such bold questions as: how will modern schoolchildren cope spending a week as Victorian mudlarks? Or what happens when three dads try to live by the laws of 12th-century Russia? Or what will young mum Sarah learn when she agrees to give birth in Latin? Excuses, one and all, to bother and berate people on some flimsy historical premise until they burst out crying.”
Tom Meltzer, The Guardian

“The premise of this show seemed irresponsible and ill-thought-out. It was a bit like devising a show that put today’s mentally ill – those with bipolar, schizophrenics, anorexics and bulimics – into 19th-century’s Bedlam to see how they would fair in a pre-Freudian, pre-RD Laing era. What did this first episode say about the effectiveness, or otherwise, of the benefits system today? Nothing?”
Arifa Akbar, The Independent

“Given such a sensitive subject Channel 4 have, naturally, made a tasteless and exploitative reality documentary.”
Sameer Rahim, The Telegraph

“As with a lot of similar programmes on Channel 4 you were left wondering why any of it had been necessary. There were many other, better ways in which we could have learned about the safety net and what it was like for ordinary people, ways that didn’t require the circus of real, live suffering.”
Matt Baylis, Daily Express

“Dr Kevin Fong posited a world in which, with the aid of heart-rate, blood sugar, sleep, step and other monitors, each of us could know every intimate detail of our health without ever seeing a doctor, revolutionising our attitudes to exercise, diagnosis and diet. I started sceptical. But, by the end, I was downloading apps, pulling on my trainers and heading out for a run. Moving telly, without the tears.”
Tom Meltzer, The Guardian

“It was another sound step for Horizon in the direction of science shows that are also self-help… But the only self-help book this one drove me to was Brave New World, where there may be compulsory euthanasia, but there’s no such thing as a disapproving fork.”
Alex Hardy, The Times

“Though there was rather too much here of Dooley’s personal adventure, there was still a genuinely good story told. She visited a town that is now booming from drug production and spoke to desperately poor people for whom the crop brings the chance for a better life. To really understand the drug problem, though, the place to turn to is the demand much closer to home.”
Sameer Rahim, The Telegraph

“There was far less of the emotional venting that made her earlier programmes so hard to watch. She did, however, forget to explain why she was making the journey. Referring to the misery caused by the drugs trade is no good unless the audience also sees a bit of it, and if Dooley wanted to show us she could have started with some of the more deprived parts of the UK.”
Matt Baylis, Daily Express