“This programme provides the press with the necessary fodder to demonise benefit claimants, then sits back and enjoys the resultant ratings.” 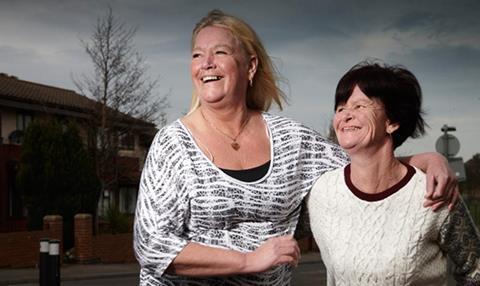 “Love Productions has gone out of its way to become Kingston Road’s best mate. And to show its residents in a favourable light. Yes, they might be poor, and on benefits, and facing further cuts and sanctions. And it might be a bit loud and a bit boisterous sometimes. But look at the community spirit, you don’t get that in Chipping frigging Norton, do you.”
Sam Wollaston, The Guardian

“At times, it was irritatingly self-absorbed. Lengthy segments were devoted not to the residents of this short, low-rise street on a council estate, but to the journalists who showed up there to report on the furore caused by the programme. All of this was an unnecessary distraction from a series that remains, despite the pejorative title, pretty fair.”
Tom Rowley, The Telegraph

“In their quest for 15 minutes of fame these instant celebs spend the first ten flashing their knickers to attract the cameras and the next five protesting about unwarranted Press intrusion. It’s pathetic.”
Christopher Stevens, Daily Mail

“Benefits Street does make space for much-needed context but it still seems disingenuous of the show to declare itself entirely innocent. Lest we forget, this programme provides the press with the necessary fodder to demonise benefit claimants, then sits back and enjoys the resultant ratings.”
Ellen E Jones, The Independent

“It felt like the moment when Angus Deayton had to leave Have I Got News For You because he had become the story. I wondered if Benefits Street had suffocated its own formula by revisiting it too soon. However, as we know, TV thrives on characters and on conflict, and again both were here.”
Andrew Billen, The Times

“There was more of the same from Episodes: nothing dire, but nothing particularly clever or original either. Once again, the humour was largely supposed to be found in Matt LeBlanc playing a wildly exaggerated version of himself, but this send-up is growing tired.”
Tom Rowley, The Telegraph

“Slick, sharp, witty, knowing, self-aware, culturally aware (if the strange behaviour of La-la land counts as culture). Also, because of the above, ever so slightly annoying.”
Sam Wollaston, The Guardian

“Episodes takes a lot of star credentials and translates it into something fairly unspectacular. When I watch it, I miss the zing of other TV spoofs.”
Andrew Billen, The Times

“A London night bus is a brilliant place where traditional English transport etiquette (no eye contact, no talking) goes out of the window, and everyone gets on, and off, with each other. As someone whose night bus days are mainly in the past, it’s nice to have it brought into my living room, at 10pm, rather than having to go out and get on one.”
Sam Wollaston, The Guardian

“Inevitably, the camera was drawn to the prettiest and the loudest but the more obervant might have found pleasure in the lone, overlooked travellers. Here and there were ordinary folk, sitting quietly, unfashionably dressed and unfittingly sober. You see them all the time, and if you’re at all like me, you long to know what their stories are.”
Matt Baylis, Daily Express