“A tale combining the best bits of Indiana Jones and Dan Brown.” Read on for the verdict on last night’s TV. 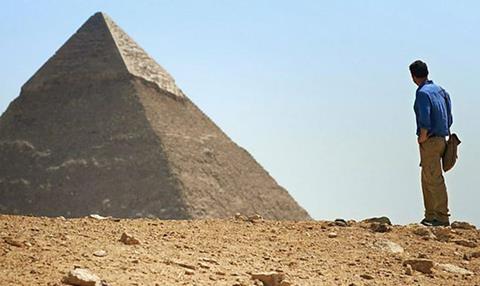 “If I hadn’t been called upon to review it, I probably would have kept a very safe distance from a documentary called Bible Hunters: the Search for Bible Truth. Which only goes to prove what a tit I can be because – but of course – it was wonderful. Next week, I shall bring popcorn and grab myself a front row seat.”
Lucy Mangan, The Guardian

“This was a tale combining the best bits of Indiana Jones and Dan Brown. It was a brilliant story, needing no whip-cracking Hollywood treatment to thrill and delight.”
Matt Baylis, Daily Express

“This stuff was potentially as dry as vellum but historian and archaeologist Jeff Rose, an athletic American, made as much an Indiana Jones adventure of it as he could. But we really could have done with hearing some of the denunciations for, from this distance, it was hard to see why it mattered.”
Andrew Billen, The Times

“The idea of British chefs travelling the globe to uncover the secrets of foreign cuisines is hardly a new one, but none did it with as much brio and enthusiasm as Dave Myers and Si King. Naturally, the food the boys cooked looked tasty, but the most delicious thing about the Hairy Bikers is their easy banter and winning charm that always leaves you wanting another helping.”
Claudia Connell, Daily Mail

“There were moments in this week’s Hong Kong-set episode when you wished they’d take themselves a tad more seriously. Watching two grown men in vests preparing to cook a prawn and scallop stir-fry by singing the Hong Kong Phooey theme tune is an embarrassment to all concerned.”
Ellen E Jones, The Independent

The Brits who Built the Modern World, BBC.

“As fascinating as it was, this documentary felt uncomfortably like a paean to the architects, and even at times like an elegant and absorbing work of advertising.”
Jake Wallis Simons, The Telegraph

“Hilarious and frighteningly well observed, anyone who went to an all-girl school, has a teenage daughter or even watches programmes such as Made In Chelsea will have encountered the Ja’mies of this world. Ja’mie is a mean girl through and through, but one you can’t help watching in the hope she’ll get her comeuppance.”
Claudia Connell, Daily Mail