TV Critics: Births, Marriages and Deaths; Who Wants To Be A Millionaire?

“I haven’t cried so much during a television programme since Hayley croaked it in Coronation Street.” Read on for the verdict on last night’s TV. 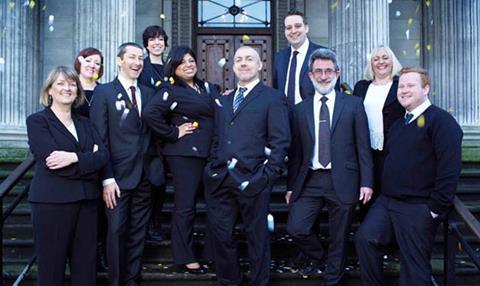 “I was doubtful that yet another documentary about working stiffs was worth doing. And then I spent the next hour in pieces. The makers of this series knew this was going to be crying-time TV if they could get behind closed doors and do it right. And they did.”
Stuart Jeffries, The Guardian

“I haven’t cried so much during a television programme since Hayley croaked it in Coronation Street. A fly-on-the-wall documentary set in a London register office might not sound like gripping viewing, but as the title of this ITV programme made clear, all human life is here: Birth, Deaths and Marriages was a triumph.”
Ellen E Jones, The Independent

“This series runs for only two  episodes, and if last night’s stories were half the cream of the crop, perhaps that is for the best. The registrars, many of them gay, turned out to be lovely but hardly Call Centre character gold. We needed a misogynist among them.”
Andrew Billen, The Times

“An unexpectedly thoughtful and heartening little film. We all have this need for ceremonies, moments that announce a change in the stages of life, to ourselves and everyone else. Amazingly, the people at the coalface of these events seem to care and believe in the value of what they do.”
Matt Baylis, Daily Express

“Some of the most affecting television I have seen – a joyous celebration of all forms of human love that wasn’t afraid to remind us that life can’t all be confetti and cheap champagne.”
Rupert Hawksley, The Telegraph

“It was tragic to see one couple register the birth of their daughter, Joanna, who had a heart defect, and then return a week later to go through the official rigmarole following her death. They coped with dignity and loving support for each other — a far more moving sight than any while-you-wait wedding.”
Christopher Stevens, Daily Mail

Who Wants To Be A Millionaire?, ITV

“The last edition looked soft and over-lit, as half-hearted as the garage bouquet presented to host Chris Tarrant at the end. It was hard to believe that 15 years ago Millionaire appeared to be, and probably was, the best TV quiz ever devised.”
Andrew Billen, The Times