“While this was a fascinating reminder of the power struggle between young Protestant and Catholic queens, it probably would have worked just as well on the radio.” 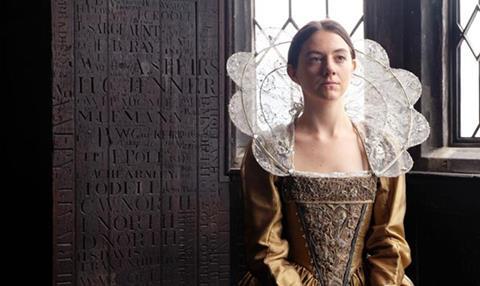 “They knew how to do history properly in them days, that’s for sure. And so, for equally sure, does the BBC when it produces such deft, confident, moving and illuminating work as this. The extracts through which the story is told were brilliantly brought to furious, passionate, embittered life by Helen Bradbury (Elizabeth), Beth Cooke (Mary), Michael Jenn (Burghley) and others.”
Lucy Mangan, The Guardian

“The relationship had it all: murder; false imprisonment; extra-marital affairs; dethronement. But there’s a reason why this was the first time the women’s letters had been dramatised on television: they never actually met. So while this was a fascinating reminder of the power struggle between young Protestant and Catholic queens, it probably would have worked just as well on the radio.”
Sally Newall, The Independent

“Besides its opulent looks this docudrama was smart and fun. Horrible Histories made the past accessible to kids by putting it through a spectrum of brilliantly scatological sketches. Bloody Queens, with its visceral gloss and words taken from ER and MR’s letters, was history for people who like Wolf Hall, The Good Wife and Lipstick Jungle.”
Alex Hardy, The Times

“Bloody Queens: Elizabeth and Mary was doomed to be a drama-documentary without much drama. The two skilled actresses playing the queens did little more than read those letters, while staring coyly at the camera. What a missed opportunity. The tragedy has the perfect Hollywood arc – and it was given a disappointingly low-budget treatment.”
Harry Mount, The Telegraph

“Perhaps because the producers were frustrated that the story deserved far grander treatment, they over-egged it, until this wasn’t so much historical record as television omelette. Helen Bradbury and Beth Cooke, as Elizabeth and Mary, both read splendidly. It was just a shame that they were talking heads in ruffs, who never aged a day nor even changed their dresses throughout 20 years.”
Christopher Stevens, Daily Mail

“There’s a TV series, surely, in all the stories of people who never met. Or perhaps there isn’t. I can think of only one and it was told incredibly well in Bloody Queens: Elizabeth and Mary.”
Matt Baylis, Daily Express

Rise of the Superstar Vloggers, Channel 4

“It opened up the world of video blogging to those of us too old to be its audience ourselves but too young to have children who follow its personable stars online and buy, if the stars are lucky, their increasingly broad ranges of merchandise.”
Lucy Mangan, The Guardian

“What this programme highlighted to me was how some vloggers really can make a difference to other people’s lives. I’m just not convinced that the – admittedly likeable – Jim Chapman was the right man to tell their stories. He was too close to his subject and all the people he interviewed were preaching to the converted.”
Sally Newall, The Independent

“Maybe I’m a being a misery-guts about it because I’m not a homeowner. But at one point, as a competitor tried to make an industrial-style mirror frame, we were literally watching concrete dry. In blank rooms that had everything thrown at them, the accessory they really could have done with was some genuine jeopardy.”
Alex Hardy, The Times

“This was a programme that could so easily have been patronising and salacious. It was neither. Instead, it was extremely moving. The programme was funny, too, but not at the expense of its participants.”
Harry Mount, The Telegraph