“So well-observed and authentic and British” 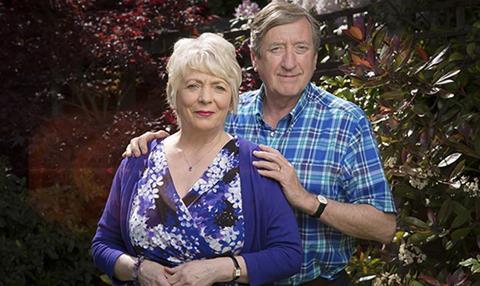 “Think Friends if Ross was trying out a new cholesterol medication and Rachel liked to Skype the grandkids on weekends.”
Ellen E Jones, The Independent

“Normally, of course, I’d seek out Pinto (the writer) and buy the man a pint. But Boomers was so gentle in tone, so pawky and astute and unassuming, so well-observed and authentic and British, that a cup of tea seemed more appropriate. In short, Boomers was the most enjoyable bit of telly I’ve seen in ages.”
Jake Wallis Simons, The Telegraph

“A seasoned cast gave relaxed, natural performances, working from a script by Richard Pinto (Citizen Khan, The Armstrong and Miller Show) that neither patronised its three couples nor turned them into grotesques. Unfortunately, this same script also neglected to make its characters either very funny or particularly interesting.”
Gabriel Tate, The Times

“Dr Johnson, the most English of Englishmen, might seem like a strange choice to open the series. But, as we go on, it begins to make perfect sense”
Sam Wollaston, The Guardian

“James Boswell would make a fascinating subject for any biographer. Not only did he invent the literary genre of biography in its current form with the publication of his Life of Samuel Johnson, but his own life story was a catalogue of debauchery that would make a brothel-keeper blush.”
Ellen E Jones, The Independent

“Marr skimped on the detail rather more than Ian Hislop did in 2012 in his history of the stiff upper lip. Instead he contextualised Boswell as a child of the Union and surrogate son of Dr Johnson. In practice, the wider cultural impact of Scotland’s forfeited independence, and the long shadow cast by Johnson, meant shoving Boswell to the margins of his own story.”
Jasper Rees, The Telegraph

“You’d think poor old James would learn his lesson and steer clear. But even when he gets the chance to make a programme on his own, he turns it into a Top Gear rip-off. And that’s a crying shame, because as Cars of The People proves, May is an able and interesting TV presenter . . . until he starts the Clarkson impersonations.”
Christopher Stevens, Daily Mail

“In the previous episode May kicked off this amiable and richly researched series about affordable automobiles with a tour of totalitarianism’s family cars. In this second episode the story moved on from the Beetle, the Trabi and the Lada to the postwar years of economic confidence when the race was on to get the capitalist masses on the move.”
Jasper Rees, The Telegraph