“It felt like a comedy that had chosen its moment well” 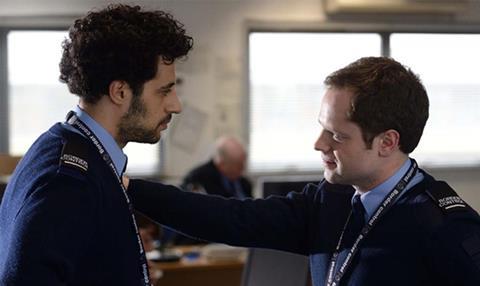 “Mockumentary remains very funny when done well… It’s the small acting that is the foundation of the big laughs. Borderline’s cast, which includes David Avery and Jackie Clune, kept it just low-key enough to make you want more, and with immigration ever a hot topic, it felt like a comedy that had chosen its moment well.
Benji Wilson, The Telegraph

“With tremendous prescience, Channel 5 re-entered the comedy arena with a mockumentary sitcom about immigration and terrorism set at the front line of an airport borders control. In execution more similar to People Like Us than The Office, Borderline fails not because its fly-on-the-wall approach is dated, but because its satire on the Home Office’s contradictions — suspect all foreigners but never “profile” them — is not acute enough.”
Andrew Billen, The Times

Inside The Factory, BBC2

“It wasn’t bereft of visual scale or anorak interest. The Walkers crisp operation is a thing of wonder, although not, of course, of golden wonder.”
Andrew Billen, The Times

“It was all rather like a boozy wedding party, where people start talking loudly about anything that pops into their heads. The result was disjointed and noisy, not so much a programme as a headache with pictures. There must be an interesting documentary to be made about crisps, but this didn’t come close.”
Christopher Stevens, Daily Mail

“These parents are as amazing as their progeny. They’re making me feel inadequate: I haven’t given up a high-flying career, and I don’t spend five or six extra hours coaching my children, putting them on intensive training regimes, pushing them to succeed and turning them into silent assassins.”
Sam Wollaston, The Guardian