“Three seasons in, Borgen remains awe-inspiringly good.” Read on for the verdict on last night’s TV. 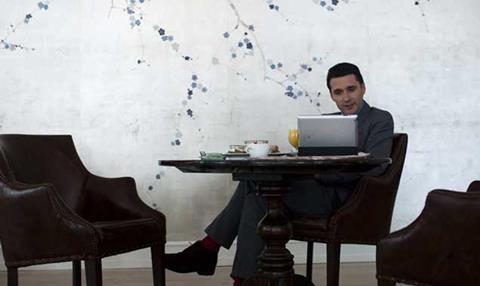 “This show is top-class political drama, a badge of middle-class belonging and, for the British, also a kind of utopian sci-fi fantasy. Just imagine: a truly gender-equal society where men and women share childcare, women hold as many positions of power in politics and media as men, and everyone achieves an enviable work-life balance.”
Ellen E Jones, The Independent

“Any humane heart would melt at Birgitte Nyborg, as played by the mesmerising Sidse Babett Knudsen… Who could resist such a complex mesh of laser-guided ambition, zinging charisma and undimmed idealism? Three seasons in, Borgen remains awe-inspiringly good.”
Jasper Rees, The Telegraph

“Yes it was super to have the bicycling democrats back, but the second of the two episodes, in which Birgitte decided to start her own party, pedalled beyond piety into silliness. Third season syndrome perhaps or, as we critics call it, Homelanditis.”
Andrew Billen, The Times

Britain and the Sea, BBC1

“DD is exploring Britain’s relationship with the sea, sailing his pretty red-sailed boat Rocket around the coast, with some chums and a dog. Five Go To Sea basically, with a bit of history, culture, art thrown in. Rather nice. Especially for David Dimbleby.”
Sam Wollaston, The Guardian

“Even Dimbleby couldn’t save a first episode that had no clear idea of what it wanted to achieve – and several very bad ideas about how to achieve it. As Dimbleby sailed from port to port, he sprinkled in a few little educational films, which were presumably supposed to be the meat of the programme. But their remit was so diffuse – history, art, culture, whatever, oh yes, the sea, don’t forget the sea – that this was where the programme really lost its grip.”
Neil Midgley, The Telegraph

“I fear that the first episode of Britain and the Sea was drowned out by news that its presenter had had a scorpion tattooed on his shoulder during its filming. There were more interesting things to see as the headmasterly Dimbleby circumnavigated our isles in his lovingly tended 28ft sailing boat Rocket.”
Matt Baylis, Daily Express

“The contrast between the grizzled sea dog and his fresh-faced shipmates deepened the Enid Blytonish tone of their sail around Cornwall and Devon with shades of Captain Birdseye… It was an inclusive and multidisciplinary tour, deft enough to make Coast look ponderous.”
Andrew Billen, The Times

I’m a Celebrity…Get Me Out of Here!, ITV

“As ever, the drollery of presenters Ant and Dec sugared the pill, but like The X Factor after a decade, IACGMOOH still feels a little long in the tooth. And yet – when it came to the first Bushtucker trial, in which all of the celebs were put in glass coffins with various timorous beasties, that disarming, probably sinful feeling of enjoying watching someone you’ve never heard of really suffer, kicked right in.”
Benji Wilson, The Telegraph

“Unusually for such a programme, we heard from Americans, Russians and Cubans at all decision-making levels, from a Cuban army volunteer to the man who wrote Kennedy’s famously chilling address to the nation. Not all of these people had their finger on The Button exactly, but all of them were close enough to trip, fall and accidentally nudge the guy who did.”
Ellen E Jones, The Independent