“A fascinating look at family relationships.” 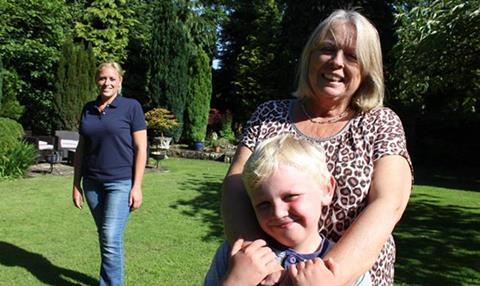 “It was heartbreaking to watch. A crucial lesson for us all that there are some issues even the most committed and well-meaning parents in the world can’t combat alone.”
Isabel, Mohan, The Telegraph

“I think a lot of parents watching Born Naughty? will be thinking: you know what, it might not always seem like it, but we actually have it pretty easy.”
Sam Wollaston, The Guardian

“Born Naughty? not only provides schadenfreude-solace for parents of slightly better-behaved brats, but also hope for all. Apparently, there’s no wild child who can’t be tamed with some intensive professional help.”
Ellen E Jones, The Independent

“It conveyed a real sense of families at the end of their tether, who had sacrificed everything to help their child and realised it still wasn’t enough.”
Christopher Stevens, Daily Mail

“It was, in the main, a fascinating look at family relationships and, hopefully, did a favour to the people involved. It also made you feel for those troubled families who don’t have access to the experts and are stuck with the half-baked opinions of everyone else.”
Matt Baylis, Daily Express

The Secret World of Tinder,  Channel 4

“As an introduction to how the advent of dating apps has ‘revolutionised’ the way in which people in Britain can meet potential partners, this was interesting. Especially for someone who remembers antediluvian times when it was considered daring to answer an ad in the personal columns.”
Gerard O’Donovan, The Telegraph

“The best thing about it was the sometimes cute script. The worst was that it could not decide if the technosexual era it identified was opening up a world of opportunity or a chasm of deprivation. We need a follow-up in six months on the couple of ‘proper’ romances that may or may not have been tindered.”
Andrew Billen, The Times

“The whole film reminded me of another current documentary, Shark on BBC1. There was a scene in the first episode where sharks had corralled millions of anchovies into a bait ball and were just swimming in, mouths open, playing the numbers game. These apps are essentially algorithms that create bait-balls.”
Sam Wollaston, The Guardian

“Thanks to its small-town setting and supernatural-mystery subject matter, the adjective ‘Twin Peaks-esque’ has already been liberally applied to Wayward Pines. But, while David Lynch’s Nineties series felt utterly original, here, it felt as if we were being force-fed a contrived, slightly camp oddness: a bad caricature of small-town American strangeness.”
Rebecca Hawkes, The Telegraph

“It’s nice to see Eighties heart-throb Matt Dillon back in a starring role, and his permanently confused facial expression is ideally suited to this series. Whether this ultimately amounts to a satisfying story, or dissolves into a mass of frustrating loose ends is, however, anyone’s guess.”
Ellen E Jones, The Independent