”It may yet prove to be a more important contribution to the ongoing debate about welfare than its incendiary predecessor, Benefits Street.” 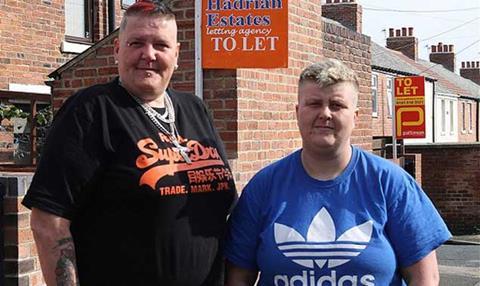 “The problem was the problem there is with almost all these poverty porn-y programmes. They focus on individuals and individual stories and our sympathies and judgments are invited accordingly.”
Lucy Mangan, The Guardian

“It is to Channel 4’s credit that a nuanced and intelligent programme eventually emerged. It may yet prove to be a more important contribution to the ongoing debate about welfare than its incendiary predecessor, Benefits Street.”
Rupert Hawksley, The Telegraph

“Benefits Street worked because, love them or detest them, the characters on that show made great TV. These tenants, by contrast, appeared to have been picked at random by a film-maker with zero budget and even less interest.”
Christopher Stevens, DailyMail

“I’d expected to emerge from this programme feeling as if the agencies were the true villains of the piece. I’m not sure there were any villains at all in fact but the people sorting out the tenancies and the evictions and the range of snags in between certainly didn’t come across badly.”
Matt Baylis, Daily Express

Going to the Dogs, Channel 4

“Going to the Dogs was undoubtedly a better, more contextualised look than most at how poverty and lack of opportunity can brutalise people – although it fought a little shy of examining how great a part ethnic and cultural traditions may play.”
Lucy Mangan, The Guardian

“Going to the Dogs lacked the teeth to really make an impression. Woolcock has a well-earned reputation for producing films on difficult subjects. Here, however, she was hamstrung by a lack of compelling footage.”
Rupert Hawksley, The Telegraph

“What looked as if it would be a squeal of horror at a recent 400 per cent rise in dog fighting in Britain turned into thoughtful essay on how humans use all animals.”
Andrew Billen, The Times

“Co-written (with Morwenna Banks) by Jo Brand from Getting On, and with Alan Davies, Ricky Grover and Rebekah Staton in the cast, Damned had every chance to be brilliant, but it was only a little brilliant. Damned could still turn out to be genius, but Sky needs to give its makers time and money to do it again.”
Andrew Billen, The Times

“It’s formulaic in its way – but when the constituent parts are The Thick of It, Twenty Twelve and Getting On then it’s my kind of formula.”
Gerard Gilbert, The Independent