“The BBC has acknowledged that this war isn’t just fodder for a paternalistic lecture.” Read on for the verdict on last night’s TV, 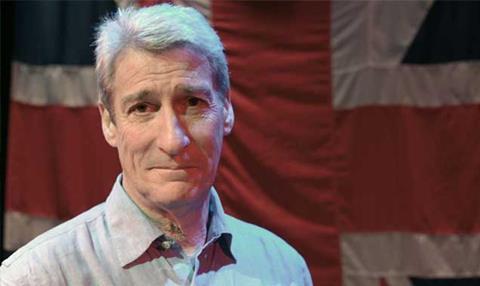 “There were glimpses of the kind of turgid war documentary this might easily have been, including a chummy chat with Downton Abbey creator Julian Kitchener-Fellowes. But we also heard from those voices less often given prominence. Evidently, the BBC has acknowledged that this war isn’t just fodder for a paternalistic lecture, but a still-present history that belongs to us all, and it has made a documentary to reflect that.”
Ellen E Jones, The Independent

“Paxman’s desire to depoliticise and humanise the war does have its advantages. It cuts through the complexities of causality to give a feel for how the war was experienced by the ordinary men and women in Britain and turns up some nuggets that have often got overlooked in more traditional accounts. But it did all feel a bit disconnected, as if there was a contextual void at the centre.”
John Crace, The Guardian

“Even after all this time, Jeremy Paxman still sounds as if he’s doing an impression of Chris Morris’s impression of him. The nostril-flaring consternation. The barks of contempt. The withering headmasterly sighs at other people’s imbecility. And, when the topic turns to tragedy, the parental, what-have-we-done-to-the-world head-shaking. Personally, I love it.”
Michael Deacon, The Telegraph

Paxman made a pompous start, with shots of the giant cogs turning within Big Ben as the clock chimed 11 and war was declared. His historical grasp seemed shaky too, as he made sweeping statements that failed to withstand scrutiny. But the show was saved as it uncovered rarely told stories.”
Christopher Stevens, Daily Mail

“I, for one, was drawn in by this new take on an oft-told story. Our recent ancestors didn’t just march blindly in to the tunes of Rule, Britannia!, they were justifiable afraid. Knowing that, in turn, brings their sacrifices nearer than any monument.”
Matt Baylis, Daily Express

“Paxman’s documentary had a phoney-war feel to it. It was easy stuff, mostly cultural or social history. For the politics we will need to look elsewhere.”
Andrew Billen, The Times

“Mary Berry is now accorded quasi-royal status wherever she goes. As a guest on the first programme of the new series of Food & Drink, she appeared almost embarrassed as Michel Roux and Kate Goodman competed with one another for her approval.”
John Crace, The Guardian

“I was fine with Mary Berry and Michel Roux Jr discussing novel uses for stale bread but I was nervous of what the show’s drinks guru, Kate Goodman, was going to come up with. She recommended grappa, which is the ultimate recycled drink, made as it is from the bits left over from wine-making. Unfortunately it tastes like that too.”
Matt Baylis, Daily Express

“The ‘singles-have-fun-in-the-city’ set-up is familiar, but it usually features straight women. Since most TV about gay men has been either coming-out stories or Aids epidemic sagas, this still felt fresh, and as attractively filmed, wittily scripted drama, it works for any audience.”
Ellen E Jones, The Independent

“A gay version of Girls this is not. Whereas Lena Dunham’s critically acclaimed comedy is funny and involving, Looking struggled to lure me in, an aimless, muffled quality pervading its opening episode.”
Patrick Smith, The Telegraph