“There’s no better comedy around at the moment.” 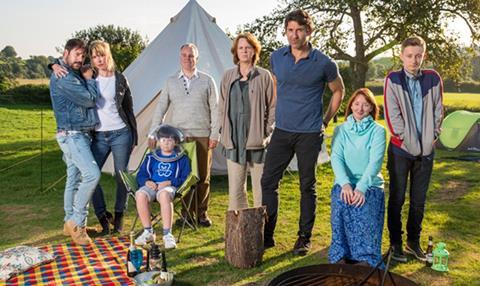 “It’s craftily observed, beautifully performed, as well as typically, gloriously, boldly bleak. I’m not yet sure that it’s quite up there with Nighty Night or Hunderby, but there’s no better comedy around at the moment. The only pity is it’s on Sky.”
Sam Wollaston, The Guardian

“In place of the verbal extravagance of Hunderby, Julia Davis, as writer-director, allows an improvised feel to the dialogue that skittles from the acutely mundane to the surreal. Although the result brings claustrophobia to the great outdoors, this effect on our laughter is freeing.”
Andrew Billen, The Times

“There’s an awful lot going on in this opener – too much perhaps, especially when compared with the stark, atmospheric Scandi-cool of the source material. But it is already intriguing, plus its exploration of the complex Anglo-French relationship, the entente not always totally cordial, adds something.”
Sam Wollaston, The Guardian

“The second season of The Tunnel feels liberated from the plots of Scandinavian television’s The Bridge from which it derives. Episode one’s plot was diffuse but gathered during a spectacularly tense plane crash. Must-see Tuesday has arrived.”
Andrew Billen, The Times

“Naturalist Stewart McPherson is charmingly amateur, talking to us like primary school pupils, which makes the viewer feel like a child with a storybook.”
Christopher Stevens, Daily Mail

Presented by the naturalist Stewart McPherson, this is TV for anyone who ever stared at the place names on the classroom map and dreamt themselves there.
Matt Baylis, Daily Express

“River Monsters is like Apocalypse Now with fish. At any moment, helicopters could swoop over the horizon, blasting the waters with Wagner. This isn’t fishing, it’s hand-to-fin combat.”
Christopher Stevens, Daily Mail