“Even when it descended into an extended fart gag, the oldest of all jokes, it was still funny.” 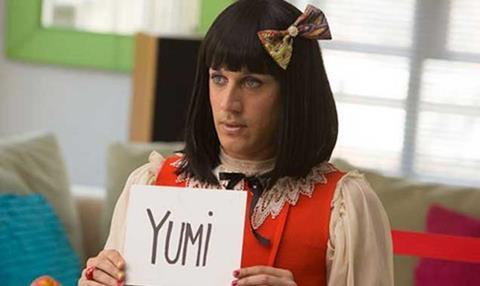 “Schoolboyishly silly maybe, and immature, but there’s a gorgeous lunacy about Cardinal Burns. It’s ballsy (literally) and surprising enough to get away with it. Oh, and hilarious. Who would have thought it, that the sketch show still had legs? But what Steve Coogan and Rob Brydon have done for impressions, Cardinal Burns has done for the sketch show.”
Sam Wollaston, The Guardian

“Cardinal Burns, essentially a double act between Dustin Demri-Burns and Seb Cardinal, has one thing their female rivals lack: not so much production values and cinematic flair, but a point of view. The whole exercise is an assault on the greatest false god of our age: the god of cool.”
Andrew Billen, The Times

“The best sketch shows – Python, Fast Show et al – combine laser-guided comic chops with an ability to be egregiously silly. Cardinal Burns are almost there with both. Their tone is spot on, too.”
Will Dean, The Independent

“Even when it descended into an extended fart gag, the oldest of all jokes, it was still funny. As that gas escaped, the egos of the characters – a group of rich kids at a King’s Road yoga class – were also slowly punctured.”
Neil Midgley, Daily Telegraph

The Birth of an Empire: The East India Company, BBC2

“Both gripping and informative, The Birth Of Empire told a fascinating story in no small part due to the documented proof of how history repeats itself and greed never goes out of fashion.”
Claudia Connell, Daily Mail

“We got an expertly told story of how British traders seized control of most of a continent. It ought to be required viewing for Union Jack waistcoat-wearing recidivists.”
Will Dean, The Independent